Tens of thousa­nds of Irania­ns will be absent from the Hajj pilgri­mage when it starts on Saturd­ay
By AFP
Published: September 9, 2016
Tweet Email 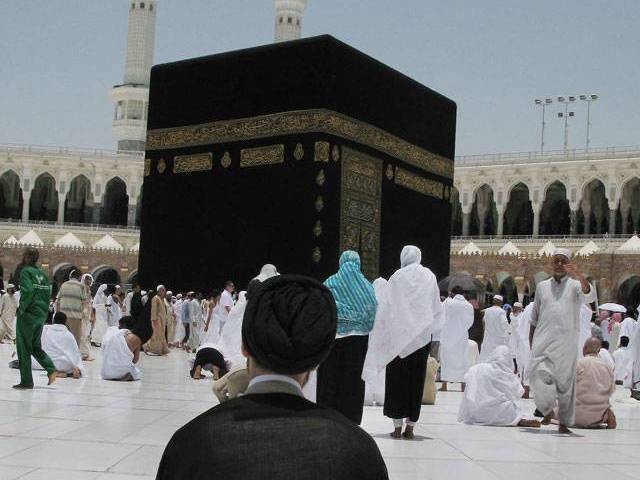 TEHRAN: The head of Iran’s Hajj Organisation accused Saudi Arabia on Friday of deliberately barring Iranians from the pilgrimage and refusing to discuss security measures despite last year’s deadly stampede.

Tens of thousands of Iranians who usually attend will be absent from the annual pilgrimage to Makkah in Saudi Arabia when it starts on Saturday, after talks between the increasingly bitter rivals fell apart in May.

“How are you going to invite 1.5 million pilgrims and not even allow yourself to think about the security measures?” Said Ohadi, head of Iran’s Hajj Organisation, told AFP.

Iran had the highest confirmed death toll among foreign nationalities in last year’s stampede with hundreds of its citizens killed.

An AFP tally found that a total of at least 2,300 people died, but Tehran says the overall toll was much higher.

Saudi Arabia says the figure was only 769, but has refused to release the details of its investigation.

Ohadi said that during this year’s negotiations the Saudis simply fell back on verses of the Quran stating that anyone who enters Saudi Arabia has “full security”.

“Last year we had those verses in the Quran too.”

Ohadi said the last straw in the Hajj talks was a demand from the Saudis that Iranian pilgrims “cannot have any contact with any Muslim from any other country”, despite the Quranic verses’ emphasis on the importance of mingling with Muslims from around the world during the pilgrimage.

His Saudi counterpart Mohammed Bentin told him there were concerns that Iranians would try to “convert” Sunnis to their Shia branch of Islam, Ohadi said.

“I said, minister, this is really funny. If you are not ready to accept the Iranians, please very frankly and transparently say that you are not going to allow Iranians. Why? Because you are afraid they will expose what happened last year.”

Saudi Arabia has countered that Tehran made “unacceptable” demands during the talks, including the right to organise demonstrations “that would cause chaos”.

But right from the start, Ohadi said there was “very bad hospitality” and “weird attitudes” from the Saudis — including a refusal to give delegates diplomatic entry, or even cars to their hotel.

Ohadi said depriving the Iranian faithful of the chance to perform the Hajj was “unacceptable”, especially given the 15-20 year waiting list.

The Saudis “believe they are the owners — that Makkah and Madina are their properties,” he said.

“No — they are the properties of Islam.”

At least 4 dead as train derails in Spain