Trump says Putin is 'far more' of a leader than Obama

Trump says Putin is 'far more' of a leader than Obama 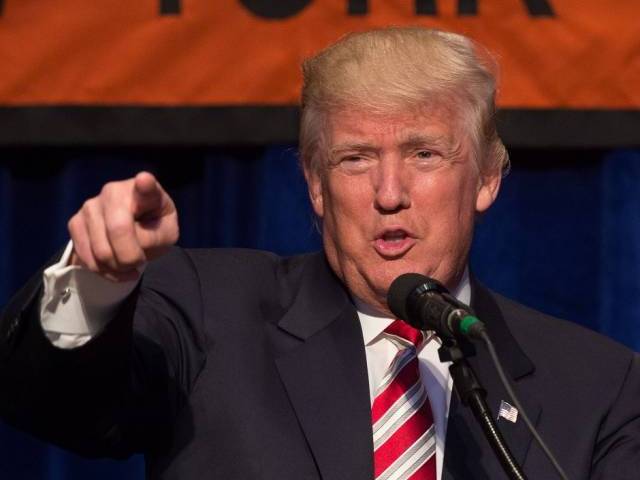 Putin is “very much of a leader,” Trump said in a televised interview, where he and Democratic nominee Hillary Clinton were separately grilled over their national security and military credentials.

Trump has made no secret of his admiration for Putin, who last year praised the US businessman as “very outstanding.”

Putin “has very strong control over a country,” Trump said.

“It’s a very different system, and I don’t happen to like the system. But certainly in that system he’s been a leader, far more than our president has been a leader.”

Before Trump spoke, Clinton too was asked about her security smarts, but also faced questions on the sprawling email scandal that continues to overshadow her White House run.

The interviewer, NBC’s Matt Lauer, asked why it wasn’t “disqualifying” for Clinton to have handled government emails on a private server while secretary of state.

“It was a mistake to have a personal account. I would certainly not do it again. I make no excuses for it,” Clinton responded, stressing she had not improperly handled classified information.

The forum, held aboard historic aircraft carrier the USS Intrepid, docked off New York City, did not put the candidates head-to-head, and Lauer asked them not to waste time insulting each other.

For the most part they refrained, though Clinton said Trump had refused to take responsibility for his initial support for the Iraq War. Trump went on to attack Clinton over her emails.

The first debate between the one-time friends turned bitter rivals is scheduled for September 26.

Earlier Wednesday, Trump pledged to increase US military spending — already at levels far higher than any other nation — and to demand a plan to beat the Islamic State (IS) group if he becomes president.

Trump says comment on Obama founding IS was sarcasm

The Republican presidential candidate told supporters he would ask generals to craft a roadmap to the IS group’s annihilation.

Trump also outlined proposals for an active army of around 540,000 troops, an air force of at least 1,200 fighter aircraft, a 36-battalion marine corps and a navy of 350 surface ships and submarines — though he provided no details on how he would persuade Congress to pay for it all.

Apart from consulting with top generals, Trump remained vague on how he would defeat IS.

“Is the plan you’ve been hiding this whole time asking someone else for their plan?” Lauer asked.

Trump said he didn’t “want to broadcast to the enemy what my plan is.”

The United States for more than two years has led a coalition bombing IS in Iraq and Syria, and training local partners on the ground to fight militants.

The air campaign started slowly, but IS now appears to be on a back foot, having suffered tens of thousands of casualties and losing many of the important towns it once controlled across its self-declared “caliphate.”

Clinton provided more specifics, stressing IS would be defeated without US ground troops being deployed.

Currently, America has thousands of troops in Iraq and hundreds in Syria, but their mission is to train local forces and not engage in direct combat with IS.

In a move likely to enrage the brass in the Defense Department, Trump also blasted the current status of America’s top officers, saying they had been hamstrung by Obama and Clinton.

“The generals have been reduced to rubble,” Trump said, before noting he had “faith in certain of the commanders.”

Trump, who has campaigned on a platform railing against illegal immigration, also said he had no problem with existing US policy of allowing undocumented immigrants to stay in America if they serve in the military.

Most national polls show a tight race with Clinton in the lead as the US presidential race enters its home stretch with just nine weeks until the November 8 election.

However, Trump is ahead by a wide margin of 19 percentage points among military and veteran voters, according to the latest NBC News/SurveyMonkey Weekly Election Tracking poll.

His 55 to 36 percent lead with the group comes despite recent remarks against the parents of a Muslim-American soldier killed in Iraq, members of the so-called Gold Star families who have lost loved ones in military service.

Trump also angered many in the military community with mocking remarks against US Senator and former prisoner of war John McCain for being captured in Vietnam.