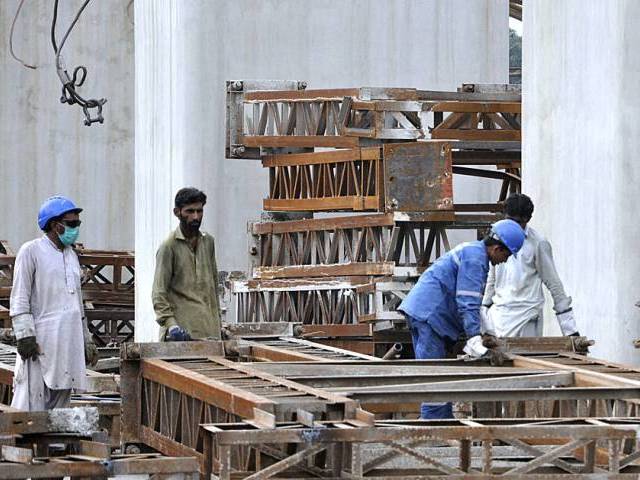 Initially, Sadozai said, Daewoo Pakistan would operate a fleet of 35 buses under an agreement with the provincial government. PHOTO: APP

MULTAN: Multan Metro Bus Project Chief Engineer Sabir Khan Sadozai said on Sunday that work on the project was in its final stages. He said some new features had been added to the project to facilitate the commuters. He said the need for these features was felt in view of the differences in Multan’s climate compared to Lahore and Rawalpindi as well as the input received from commuters using metro bus services in the other two cities.

The chief engineer said civil work for the project had been completed. The project team was now undertaking glasswork at metro stations and terminals, installation of escalators and construction of facilities for people with disabilities. This work would be completed in a few weeks, he said.

Sadozai said the project team had encountered problems in placement of girders at some points along the route. He said revisions were made to the original plan for construction of the route at Mumtazabad.

Because of the presence of a bridge running parallel to the route, there was not enough room at the point for the crane to operate, he said. The problem was solved by using pulleys to raise the girders and place them on the pillars, he added.

He said additional features had been added to the project on the recommendation of a team of engineers. To protect commuters from the sun, glass panels sandwiched with thick foam and stuffed between steel layers had been used for the project, he said.

He said that in Rawalpindi and Lahore a single glass sheet had been used.

He said the metro track would be 18.5 km long – six kilometres on ground and 12.5 km elevated. The elevated segment would start at the BZU and end at Kumharan Walla Chowk. There would be 21 terminals, seven on ground-level and 14 elevated.

Major intersections along the route are Chungi No6, Chungi No9, Fish Market, Daulat Gate, Chungi No14, BCG Chowk and Vehari Chowk.

Initially, he said, Daewoo Pakistan would operate a fleet of 35 buses under an agreement with the provincial government.

He said the number of buses would be increased if needed. A depot constructed for the buses had enough room for parking of 100 buses, he said.