We speak to the cast and crew of the upcomi­ng romant­ic-comedy, Janaan­
Published: September 4, 2016
Tweet Email 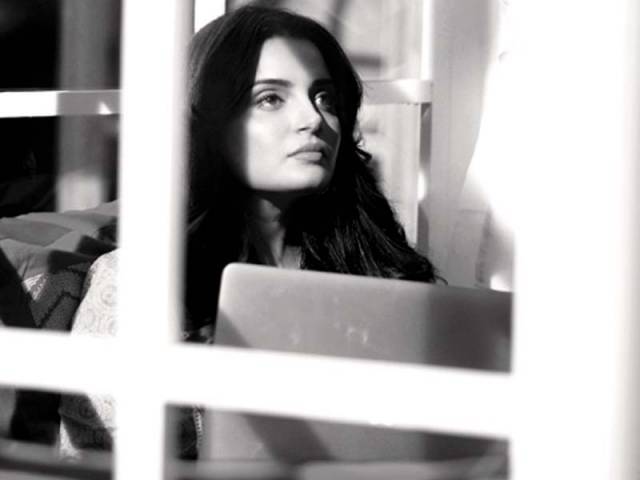 We speak to the cast and crew of the upcoming romantic-comedy, Janaan, to find out more about all the fun on and off screen — their answers have us in fits of laughter!

Producers Hareem Farooq and Imran Kazmi, and director Azfar Jafri are all set to release Janaan. On the surface, the film seems like a romantic-comedy, but the primary goal of the film is something else. “We wanted to highlight parts of our culture that are unexplored, and have a negative image. There is no better medium than cinema, because cinema has the power to change mind-sets,” says Farooq.

Imran Kazmi shares that for him Janaan represents Pakistan in a light-hearted, unique way. Azfar Jafri aims for this movie, to take a step towards developing an identity for our industry. “It’s a very original story. It’s not influenced by any other cinema,” he says. Janaan is the first film Hareem Farooq will be a part of as a producer, and says, “I chose not to be in the movie because production is a huge responsibility, and I was completely new to it.

Plus Armeena is a far better option for this character, and if you’re not fitting the role, why do it.” She chuckles and says her favourite part on set was waking up the actors to go for hair and make-up, when she didn’t have to. The lead cast comprising of, Ali Rehman Khan, Armeena Khan and Bilal Ashraf were in fact the first choices for the movie.  “As my director says, we wanted to tell a story. So the story needed to be perfect, not the names of the actors,” he says.

The film also has many hidden gems, found in the supporting cast. From Hania Aamir who was found on Dubsmash, to Usman Mukhtar, a theatre actor, to legendary artists such as Mishi Khan, Ajab Gul, Fahad Panni, who had taken a hiatus from the screen. Jafri shares: “The easiest person to direct was Usman Mukhtar, who plays the character of Sameer. It’s a small character, but the most adorable one. You’ll have a smile on your face when the movie ends. It is relatable to everyone, even a foreigner.” It’s not a senseless romantic-comedy — it’s a rom-com with a serious social message. Also, people are always complaining about how they’re sick of seeing the same faces and Janaan has that freshness, it has new talent, so come and support us — we have finally given you what you want. When I realised that I’ve been tricked for 10 days in Swat when I went with a certain mind-set and I realised these two gentlemen had duped me.

Even though we made it, it is your film. Aap ki amanat hai. During promotions we took funny Snapchat’s of the people interviewing us. I started this trend when we were giving a serious interview. I randomly started making Snapchat videos and Bilal couldn’t stop laughing.

Janaan has many fascinating aspects. It shows two different schools of thoughts, the traditional and the modern, it shows a different side of the Pashtun culture and it shows a functionally dysfunctional family. There was none — that was the most hilarious part.

What is your favourite rom-com of all-time?

A Walk To Remember, I still watch it sometimes.

It promotes a part of our culture that we are unfamiliar with and it does this in a light-hearted way. Most likely to text the wrong person?

Most likely to use the strangest emoji’s?

Most likely to ignore your phone calls?

Usman: Armeena. I haven’t actually called her, but I feel she would.

Most likely to laugh at their own jokes?

Most likely to not be a morning person?

Most likely to be the last person to get ready?

Most likely to eat everyone else’s food?

Armeena: I’m going to go with the consensus and say Usman.

Most likely to know all the gossip?