Accord­ing to an auto survey by PakWhe­els, Toyota Coroll­a is the most prefer­red car in Pakist­an
By News Desk
Published: August 25, 2016
Tweet Email 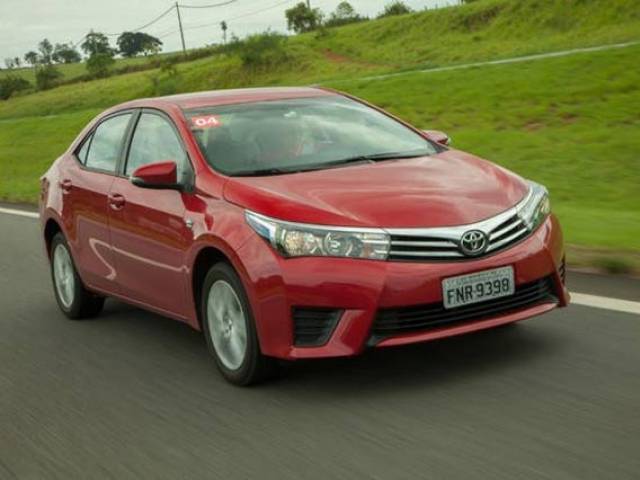 According to an auto survey by PakWheels, Toyota Corolla is the most preferred car in Pakistan. PHOTO: REUTERS

An auto survey by PakWheels.com has revealed that 75 per cent of drivers in Pakistan break the law by not complying with the Provincial Motor Vehicles Ordinance 1965 which makes it mandatory for every car in the country to be insured.

Based on a survey with a sample size of over 11,000 respondents, new insights into the automotive sector of Pakistan, including people’s buying and selling habits, patterns and preferences were revealed. “The large sample size reflects the choices and preferences of Pakistanis from all age brackets, industry sectors and income levels,” the report claimed.

According to the survey, only 25 per cent Pakistanis had their cars insured, which was primarily because they were financed by the bank and insurance tends to be mandatory for financed cars. While it can be assumed that the violation of this law maybe because of the lack of knowledge regarding the Provincial Motor Vehicles Ordinance, the fact that significant number of drivers drive without a license “points to a deeper issue at societal level,” the survey read. “24 per cent of the respondents drive cars without a license in Pakistan with 41 per cent of them being even below the age of 21 years,” the survey stated.

The survey further revealed that the most preferred car in Pakistan was Toyota Corolla, followed by Honda City, Honda Civic, Suzuki Mehran and Suzuki Cultus.

“As expected, the market is still dominated by three big brands Suzuki, Toyota and Honda. The anticipated entry of other auto manufacturers in Pakistan, including Nissan, Datsun, Renault and Volkswagen in the near future could give a really tough time to the big three in Pakistan,” the survey stated.

Fuel efficiency over safety and other features

Compared to buyers in the United States and Europe, Pakistanis till date prize fuel efficiency and resale value over safety and other features. This could explain why certain mandatory safety features across  western markets happen to be missing from most locally assembled vehicles.

How to live a longer fuller life