The report notes that money had been cut since 2011
By News Desk
Published: August 25, 2016
Tweet Email 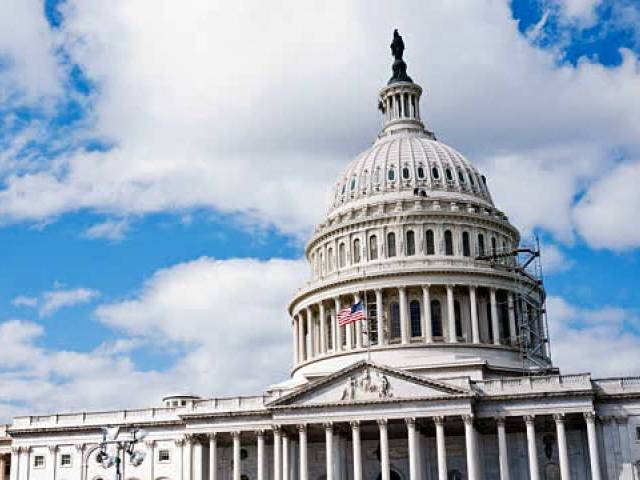 America has cut money for security assistance to Pakistan by 73 per cent in the past five years, a US congressional report said on Wednesday.

The report, prepared by the Congressional Research Service (CRS) a research and analysis arm of the US Congress, noted that money had been cut since 2011 – coinciding with the time when ties between Islamabad and Washington deteriorated when the latter sent troops to kill al Qaeda Chief Osama bin Laden.

Earlier in the month Pentagon held $300 million in military reimbursements after US Secretary of Defence Ash Carter decided not to tell Congress that Islamabad was taking adequate action against the Haqqani network.

“The funds could not be released to the Government of Pakistan at this time because the secretary has not yet certified that Pakistan has taken sufficient action against the Haqqani network,” Pentagon spokesman Adam Stump said.

The $300 million comes under the Coalition Support Fund (CSF), a US Defence Department programme to reimburse allies that have incurred costs in supporting counter-terrorist and counter-insurgency operations. Pakistan is the largest recipient.

“This decision does not reduce the significance of the sacrifices that the Pakistani military has undertaken over the last two years,” Stump said. According to Pentagon data, about $14 billion has already been paid to Pakistan under the CSF since 2002.

The decision by the Pentagon was a sign that while it saw some progress by Pakistan in its military operations in North Waziristan, much work remains. Pakistan rejects harbouring militants but says there are limits to how much it can do as it is already fighting multiple ‘Islamist’ groups and is wary of a “blowback” in the form of more militant attacks on its soil.

There has been growing resistance in the US Congress to sending money to Pakistan. Many lawmakers have expressed concern about its nuclear programme, commitment to fighting terrorist organisations and cooperation in the Afghanistan peace process.

In March, Republican Senator Bob Corker said he would use his power as the chairman of the Senate Foreign Relations Committee to bar any US funding for Islamabad’s purchase of Lockheed Martin Corp F-16 fighter jets.