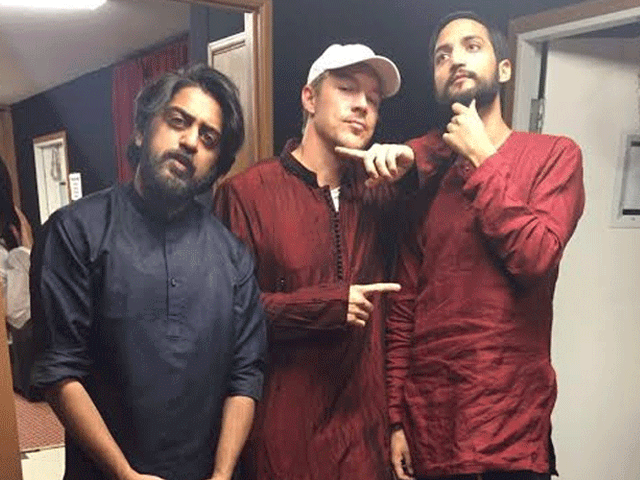 SNKM is scheduled to drop their next EP Sonic Nocturnal Kinetic Movement this year. PHOTO: SNKM

Celebs get their crazy on inside LSA photobooth

SNKM is scheduled to drop its next EP Sonic Nocturnal Kinetic Movement this year, including collaborations with artists such as Elliphant, Erik Hassle and Lyari Underground. Their next single What Have We Done was also performed at the festivals. A release date for it however is yet to be announced.

In addition to releasing material as a duo, SNKM is also producing and writing tracks for local as well as international artists. Also, Talal Qureshi is set to release a solo EP, and Adil Omar too is working on a solo album.