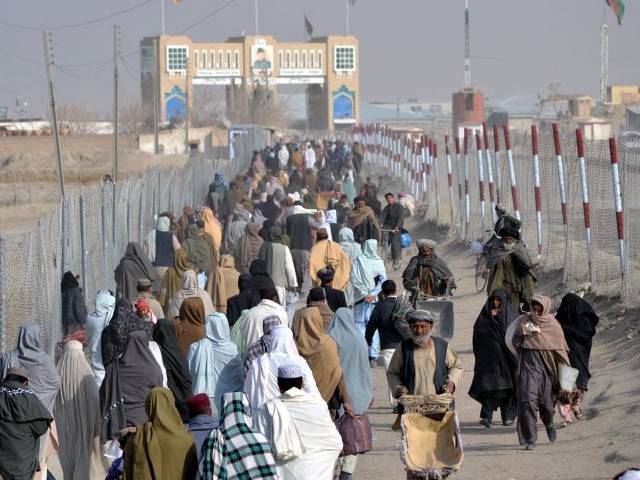 Female refugees face difficulties as their men have been jailed. PHOTO: INP

PESHAWAR: With the repatriation deadline almost upon them, Afghan nationals are facing problems. The government’s recent crackdowns and arrests of thousands of illegally settled Afghan refugees are troublesome for the women left behind.

Without the men, these women are unable to find the money to return home, even if they want to. One such young woman, Fauzia, talked to The Express Tribune on Monday. She said a crackdown in Gul Abad, near Gulberg, resulted in the arrest of her father Said Rehman. “We want to go back to our motherland, but do not have the necessary funds as my father is in jail.”

Talking about the situation, Fauzia said she does not know how she, her two sisters and their mother can find their way back to Afghanistan. “We don’t have any other male family member. Our mother is trying to ask relatives to help, but even they are short on funds,” the woman disclosed.

Rehman worked as a daily wage worker in the farming and construction sector when he settled in Pakistan. By last year, he became a watchman for a private school. He is currently locked up in Peshawar prision under Section 14 of the foreigners act and will eventually be deported to Afghanistan under court orders. “We have no contact with our father. Our only hope is to be reunited with him once we return to Afghanistan,” Fauzia concluded.

The Peshawar police confirmed that 9,653 Afghans, without Proof of Registration cards, have been arrested in crackdowns this year. Of the total, 80% have been arrested over the past two months. To add to all of this, the deportation process from jails only happens twice a week, whereas it used to be five days a week. The men are not allowed to see their loved ones or accompany them across the border.