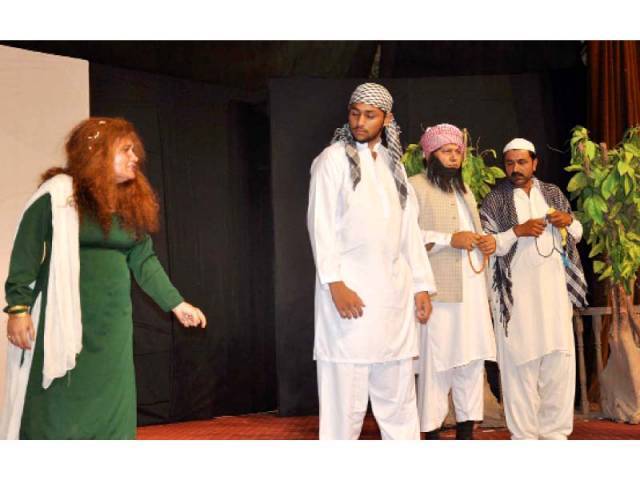 Actors perform in a stage play based on national solidarity, titled ‘Azadi’, which was arranged by the Rawalpindi Arts Council to mark Independence Day celebrations. PHOTOS: MUHAMMAD JAVAID/EXPRESS

A Punjabi assembly member has urged the youth not to lose connection with local culture and traditions. MPA Lubna Rehan Pirzada was speaking at the screening of a drama at the Rawalpindi Arts Council (RAC).

In connection with the Independence Day celebrations,  the RAC staged a family drama “Azadi” focusing on the idea of national solidarity on Monday, said a press release.

The play was a take on the contradictions between civilisations and that between the proverbial East and the West.

It was written and directed by Syed Saleem Afandi.

“We are forgetting our civilisation by adopting the Western civilization, which is a tragedy,” she was of the opinion.

Pirzada, in her addressing on the occasion, said that RAC was the sole place of entertainment in the region where families from the twin cities came and watched dramas.