There were long queues of vehicl­es on both sides of the border, with people on both sides facing proble­m
By Our Correspondent
Published: August 20, 2016
Tweet Email 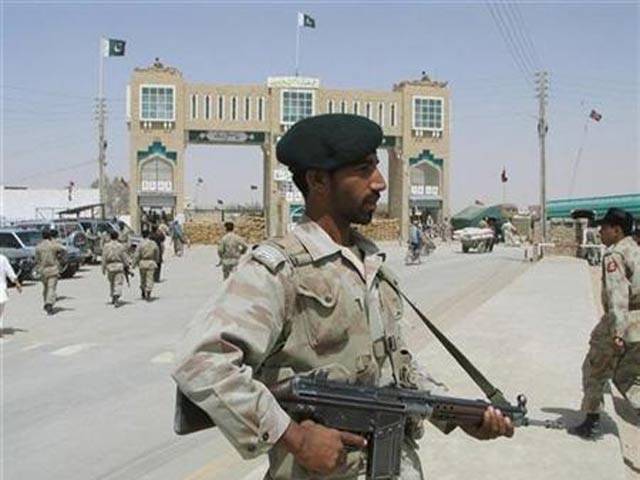 QUETTA: Authorities shut down the Pakistan-Afghanistan border at Chaman on Friday after a large number of Afghans flung stones at the Friendship Gate, smashing windowpanes of several government departments and desecrating the Pakistani flag.

Reports suggested that the Afghans were incensed by demonstrations in Balochistan sparked by Indian premier Narendra Modi’s speech on August 15, India’s Independence Day and they showed their support to India by desecrating the Pakistani flag and throwing stones at the border crossing gate.

Afghan border forces did not stop people on their side from disrupting peace at the border crossing, forcing the Frontier Corps (FC), a paramilitary force, to close the border to avert any untoward incident.

A day earlier, Afghan President Ashraf Ghani used his Independence Day address to draw the attention of Pakistani leaders to a poem by philosopher-poet Allama Iqbal, who had linked peace in Afghanistan to peace in Asia.

Ghani also talked about Pakistan while addressing an event organised on Thursday in connection with Afghanistan’s 97th Independence Day. “Our message to Pakistan is strong. Our message to Pakistan is state-to-state. We will not give up our national interests. Our relations should be based on national interests,” the Afghan president said. Excerpts from Ghani’s speech have been posted online.