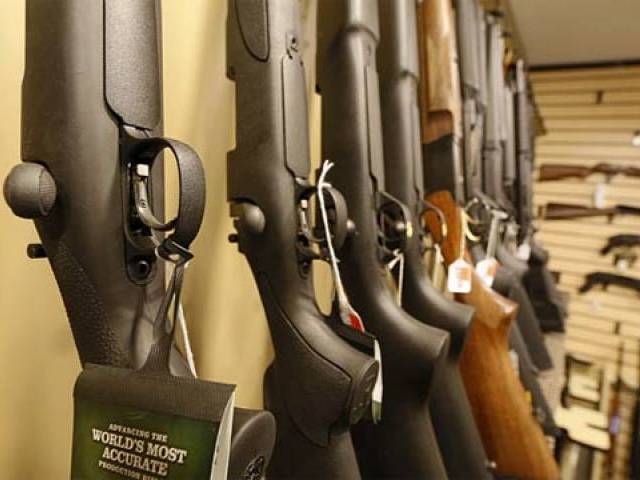 KARACHI: The provincial government has decided to amend the Sindh Arms Act, 2013, in order to launch a forensic firearm examination system to investigate the characteristics of firearms, cartridges or bullets left behind at crime scenes.

Under this law, it will be mandatory for the dealer and purchaser of the weapon to visit a forensic lab to fire the gun once, which will be called ‘ballistic fire’, and be recorded in the lab’s database. The new system will help find the registered owner of the weapon.

Official sources told The Express Tribune that the government has already decided to establish the forensic lab at a cost of Rs3 billion. In this connection, the officials have started looking for land for the lab, after which funds will be released.

“We are suggesting penalty and punishment against those who violate this law,” an official of the home department said. The official added that this will be moved in a cabinet meeting on Saturday, which will be chaired by Chief Minister Murad Ali Shah.

Other items on the agenda include security for China Pakistan Economic Corridor (CPEC) projects in the province and the implementation of law regarding the collection of Ushr in Sindh. The cabinet meeting will also discuss the establishment of a special security division, which will comprise 2,600 retired army personnel, for the security of CPEC.

Meanwhile, the law pertaining to registration of seminaries will also be on the agenda of the cabinet.  “After this law, all seminaries will be bound to provide information about each and every student and no seminary will be built without the issuance of a no objection certificate by the relevant deputy commissioner,” an official in home department said.

“We will also seek the approval of the cabinet on the conflict of interest bill,” a senior official in law department said, adding that a government official cannot derive personal benefit from an action or decision made in his or her official capacity.