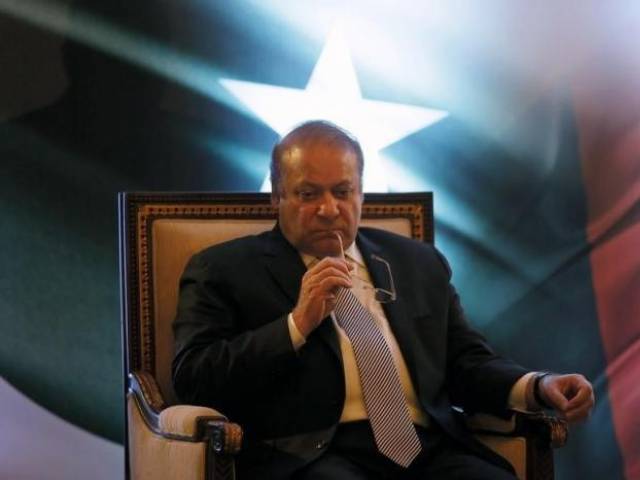 ISLAMABAD: The ruling party has decided to fight out the Panamagate battle on the legal front and not to be blackmailed by the opposition’s onslaught against the prime minister.

The decision was taken at a cabinet meeting on Thursday chaired by PM Nawaz Sharif in Islamabad. Called after a long hiatus, the cabinet meeting also discussed a strategy to deal with potential street protest movements that some political parties are planning to launch in the coming weeks.

Panama Leaks: ‘What does the PM have to hide?’

A day earlier, the election commission had issued notices to the premier and his close relatives to respond to the petitions filed by opposition parties, including the Pakistan Tehreek-e-Insaf and Pakistan Peoples Party. The PTI has filed a reference with the National Assembly speaker as well and plans to move a petition in the Supreme Court in the coming days.

“We will not be blackmailed by the opposition and will fight them on all legal fronts,” a minister, who attended the cabinet meeting, told The Express Tribune.

“The government will not accept the dictation of opposition on the Terms of Reference (ToRs) for Panama leaks investigations. We are ready for talks but investigations should be broad-based,” another associate of the premier said.

During the meeting, Finance Minister Ishaq Dar briefed the cabinet members on his recent discussions with the opposition parties. The members decided to ‘aggressively’ defend the prime minister at all forums, a close aide to the prime minister said.

Dar shared the details of his recent meeting with Khursheed Shah and other opposition leaders in an effort to end the stalemate between the government and opposition on the mode of investigation of Panama Papers, which revealed the names of hundreds of Pakistanis, including family members of PM Nawaz, with secret offshore holdings.

At the meeting, the government’s legal wizards briefed the cabinet on the legal aspects of the issue. They assured the ministers that the government’s case was strong enough to defend the premier and his close relatives at any legal forum.

They also discussed the shape of a draft bill that the government intends to bring in parliament for a broad-based investigation into issues like Panama leaks.

The cabinet members also discussed the timelines of different megaprojects with special focus on the energy schemes the ruling party plans to complete before the next general elections.

“The deadlines of all the ongoing energy and infrastructure projects must be met,” the premier was quoted as directing his cabinet in an official statement issued by the PM House after the meeting.

He asked the planning and development ministry to ensure the completion of the first batch of projects in energy and infrastructure sectors by 2017-18. “The completion of early harvest projects will go a long way in elimination of load shedding by the summer of 2018,” the handout said.

The PM also called for formulating a mechanism for continuously reviewing the progress and speedy implementation of all projects under the China-Pakistan Economic Corridor.

The cabinet members decided to formulate a comprehensive policy for the victims of terrorism. The policy would envisage integrated livelihood, education and employment packages for the families of the deceased. The draft will be placed before the next cabinet meeting for consideration.