Margin­alisat­ion is not just about povert­y and vulner­abilit­y
By Sarwar Bari
Published: August 17, 2016
Tweet Email 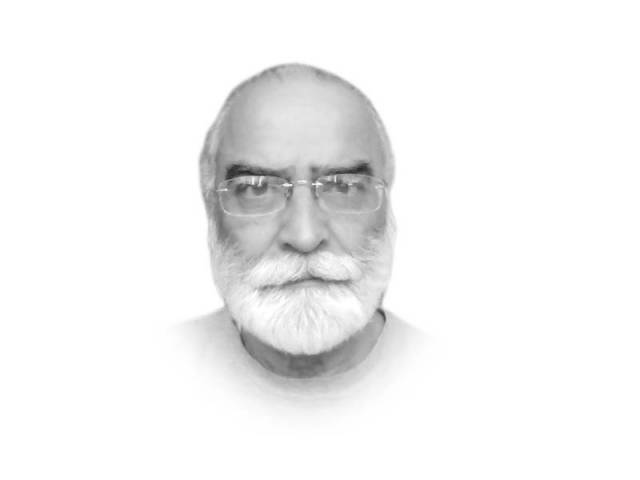 The writer is a social activist and the National Coordinator for Pattan Development Organisation. The views expressed are his own. @BariSarwra

On July 26, our Senate unanimously — a rarity — decided to set up a special committee to propose measures to address the problems being faced by the marginalised sections of society. On July 30, Senator Mushahid Hussain also raised the same issue in the Senate. Civil society organisations must congratulate the senators for initiating a much-awaited process, as empowerment of marginalised people should be a core goal of the state. The Senate’s move now provides a golden opportunity to achieve this goal. But let’s first, understand the issue at hand.

Marginalisation is not just about poverty and vulnerability. It is, in fact, a process that pushes people to the fringes, periphery or margins, then excludes them from state or non-state structures and processes, which results in disempowerment, voicelessness and oppression. Scholars agree that marginalisation stems from socio-cultural and politico-economic structures. While very often it is the poor who are marginalised, this is not always the case. Certain policies and historical trends can cause income poverty, deprivation and destitution but not necessarily marginalisation. If marginalised people are organised and aware of their rights, they could challenge the powerful if they are mistreated or oppressed. They could say no to a policy that in their view is going to affect them adversely. In short they need to have the capacity to understand and resist injustice.

Therefore, for public policy purpose, differentiation between marginalisation and the issues of marginalised people is imperative. Pakistani philanthropists have a history of helping out marginalised people i.e., the destitute, widows, the disabled, orphans, aged and disaster-affected people. Abdul Sattar Edhi was a great example in this regard. The state too has initiated many projects to aid the marginalised, including Baitul Mal, the Benazir Income Support Programme and the like. But these just fulfill material needs temporarily while people continue to remain on the margins. In fact, in most cases, recipients of the BISP have been further marginalised.

I hope the senators understand this difference. In our country, the marginalised are poor but also hugely unequal, kept ignorant and oppressed. They are not allowed to organise themselves. This is an outcome of a deliberate conspiracy that violates our Constitution, law and public policy. Yet, no one has ever seriously taken up the issue as countervailing forces have captured all the sources of power and wealth. Therefore, this ray of hope emanating from one of the centres of the elite must be welcomed but cautiously.

Reportedly, one of the functions of the Senate’s Special Committee would be to look into existing laws and the Constitution. The architects of our Constitution formulated Articles 3, 37 and 38 in this regard, which were unanimously passed. Forty-three years on and not a tiny fraction of these laws have been implemented. I hope the senators are aware of the existence of these Articles. For the benefit of the readers, they must be quoted here. Article 3 states: “Ensure the elimination of all forms of exploitation and the gradual fulfillment of the fundamental principle, from each according to his ability to each according to his work.” Article 37 binds the state to promote social justice, while Article 38 states: “The state shall secure the well-being of the people … by preventing the concentration of wealth and means of production and distribution in the hands of a few…”

The above-mentioned Articles form the ‘Principles of Policy’ of the Constitution. Hence they provide a profound basis for further legislation and public policy directions. While successive governments conveniently ignored them, pro-elite laws have been implemented with ease. The public, the media and civil society hugely abhor this evil prejudice. This is one of the reasons for the low trust in the political leadership and state officials. This causes a legitimacy crisis too. Since a violation of these Articles has continued for decades, wealth and land ownership has been concentrated in the hands of a few. Inequality has also deepened and spread due to the imposition of neo-liberal oriented public policies. In order to prevent rage of the working people to have adverse consequences, the elite also curbed unionisation.

Moreover, when it became imperative to act on any of the Articles mentioned above, political and military rulers would conveniently ignore their violations. For instance, under Article 32, special representation for the marginalised sections of society (peasants, workers and women) is ensured in local government. With some variation, quota for the marginalised was fixed in local government acts of ICT and the provinces, which was a welcome step. But, according to a recent study, more than 80 per cent seats reserved for peasants and workers are being contested and won by those who are rich. One of the three deputy mayors of ICT got elected on a peasant seat. Except for the ECP, everyone else knows that the ‘peasant’ is a super-rich man.

Due to this long-drawn neglect, the percentage of marginalised populations has increased manifold since 1973. In addition, the structures that are responsible for deepening marginalisation have become stronger. One can’t help but blame the political leadership for this. Strong unions and social movements act as equalisers. Labour departments were established to protect rights of the working people. Our elite have systematically destroyed them all. As a result, working people are thrown on the margins, while the powerful (many of them sitting in parliament) have a free hand to mistreat them. Our elected bodies are hence part of the problem. Therefore they should be part of the solution too.

The senators (as reported by the press) did not say much about the process of marginalisation, but they did talk about marginalised people. Since the Special Committee’s task will be to look into existing laws and legislation, it is expected that it will come up with ways to enforce the abovementioned Articles in letter and spirit. Civil society organisations must assist the Senate in this process. We all know very well that democracy and freedom flourish only in equal societies. Hence, the end of marginalisation must start now. Those who cherish freedom know that democracy is under serious threat even in rich countries due to deepening inequality and marginalisation.

A history of the national flag