If Raymon­d Davis had acted like a proper spy then none of this would have happen­ed.
By Sami Shah
Published: February 9, 2011
Tweet Email 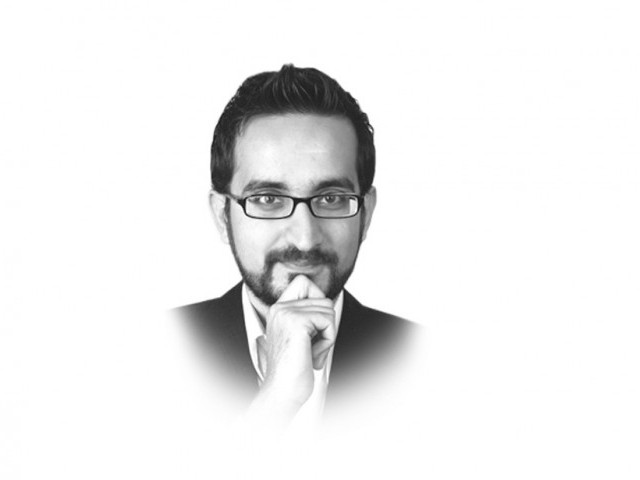 The writer is a standup comedian sami.shah@tribune.com.pk

Raymond Davis, it turns out, was no Jason Bourne. My entire life, a heady mix of popular culture and conspiracy theory, described all American ‘secret agents’ as Silent Warriors Who Kill Efficiently. If Raymond Davis actually is a spy, placed by the US to commit acts of espionage, then I am sorely disappointed. Sure he killed with efficiency, nary a bullet wasted, but you never see Matt Damon pumping someone full of bullets, taking a picture with his cell phone and then getting caught by an enraged mob. The spies of my imagination would have snapped a neck or two, vaulted onto the nearest rooftop and then disappeared into the night. Maybe pinching a vital nerve cluster of any witnesses along the way that would have caused memory loss and an overwhelming sense of awe.

Instead, all we have is a pudgy white guy who looks terribly frightened, as angry Lahoris press in on him from every side. Of course, it’s a given that this case is always going to reveal less than it really is. Were the two boys killed actually spies? Is Raymond Davis a spy? Am I a spy? Are you? Also, are we in violation of the Vienna Convention? What is the Vienna Convention? Where is Vienna anyway? Should we just hand him back? Should we swap him for Dr Aafia? Should we tie him to a drone and airdrop him onto the violent streets of Sialkot?

These are the things we do know: Raymond Davis is American. Which means that Pakistanis are going to overreact in every possible way to this. Protests against him have so far been small, but should he be given a one-way ticket back to America on the next PIA (or is it Turkish Airways) flight, then watch people lose their collective minds. We also know that since Raymond Davis is American, the US will handle this in the worst possible way. All the cultural sensitivity seminars their government attends and efforts at improving their image will be completely forgotten as they resort to overbearing bullying. You can expect country music songs about him and a feature film starring George Clooney by summer. In 3D no less. They have already threatened to cut off our foreign aid supply, which as everyone knows, we are addicted to worse than Afghan heroin.

There is a silver lining to this whole debacle though: For the first time in ages, Liberals and Conservatives agree on something. Both groups have been at odds with each other for a while now, disagreeing on everything from the blasphemy law to the role of Islam in the state to whether or not Hamid Mir understands what a ‘Fascist’ is. Yet, on this one issue, both agree that the final decision should be made by rule of law. Let the courts decide Raymond Davis’s final fate. If they decide to punish him here, American pressure and Vienna Convention be damned, then watch Liberals and Conservatives hugging on the streets. If the LHC decides to hand him back then watch Conservatives burn creatively designed effigies while Liberals write acerbic blog entries against America. It’s irrelevant that, constitutionally speaking, the final decision on this issue should actually come from the Pakistan Foreign Office. Opportunities like this don’t come very often. Let’s not let details get in the way of this Liberal-Conservative union.

In the end though, only one person is to blame for all of this: Raymond Davis himself. If, like a proper spy, he had killed those two men using Karate and then transformed his car into a high-powered jet that flies him back to America, flight path managed by his spy-watch, then none of this would have happened.