Pakistan, India to decide fate of Kashmir talks: US

Pakistan, India to decide fate of Kashmir talks: US 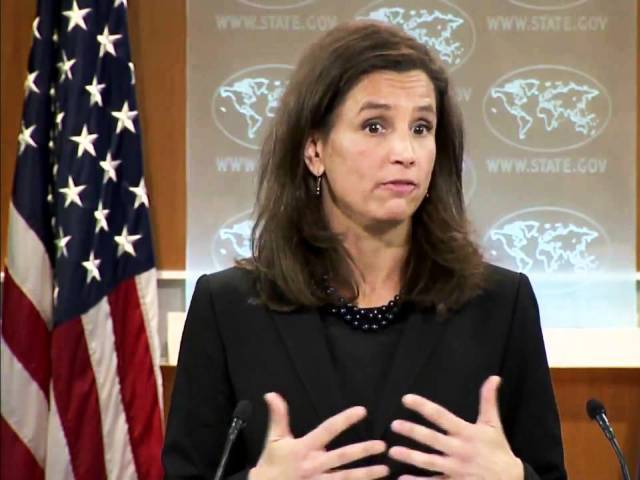 The US on Tuesday expressed concern over the fresh wave of violence in Indian Kashmir that has claimed at least 14 lives in the past two days.

Washington also left it to Islamabad and New Delhi to decide on the speed and ambit of talks on the disputed Himalayan state.

“We’re aware of the clashes,” said US State Department Press Office Director Elizabeth Trudeau during the daily news briefing. “We remain concerned about the violence, and we encourage to – all sides to make efforts to finding a peaceful resolution.”

Asked about comments of Indian Prime Minister Narendra Modi about Azad Kashmir and Balochistan and Pakistan’s offer for talks, the State Department official only said that the US’ position on the disputed territory remains unchanged.

“The pace, the scope, the character of any discussions in Kashmir is for the two sides to determine,” Trudeau said. “We support any and all positive steps that India and Pakistan can take to forge closer relations.”