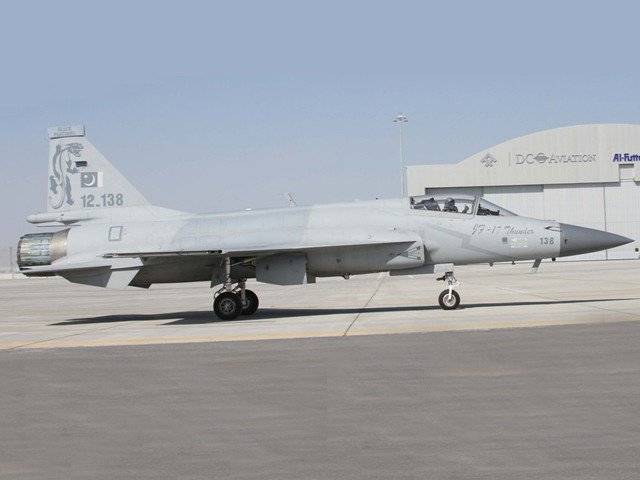 The Indian culture ministry made an embarrassing mistake when it used a photo of Pakistani jet fighter JF-17 Thunder in one of its videos for Independence Day on Friday.

The jets were viewable in the animated segment one on either side of an Indian-tricolour symbol to celebrate the 70 years of the country’s independence.

However, the video was removed from Twitter shortly after the social media users pointed the bizarre yet embarrassing mistake, while no official statement was made by the ministry.

With this new cut & paste masterpiece, it is time now for a full time Ministry of Photoshopping. pic.twitter.com/XDj0rwmO9s

Our #Tiranga photoshopped on JF17 fighter jet – mainstay of Pakistan Air Force – Can anything be more embarrassing? https://t.co/4BFEtAUDWS

JF-17 have similarities with Indian Tejas light combat planes as both work single-engine, with the only distinction that the latter does not have tail-planes.

Developed jointly by Pakistan and China, JF-17s were developed to modernise the PAF fleet. Earlier in April, JF-17 Thunder has been formally inducted in the prestigious No 2 Multirole Squadron of Pakistan Air Force.

This is not the first time the Indian government has faced embarrassment for such antics. In December last year, it faced mockery on the social media for tweeting an apparently doctored photo of its image-conscious prime minister surveying the flood-hit southern state of Tamil Nadu.

PM Narendra Modi tweeted an image of himself looking out of a helicopter window as he flew over the area, saying he was “pained by the devastation” he had seen.

The department later deleted that tweet, but not before thousands of followers had taken screen grabs of the apparently manipulated image.