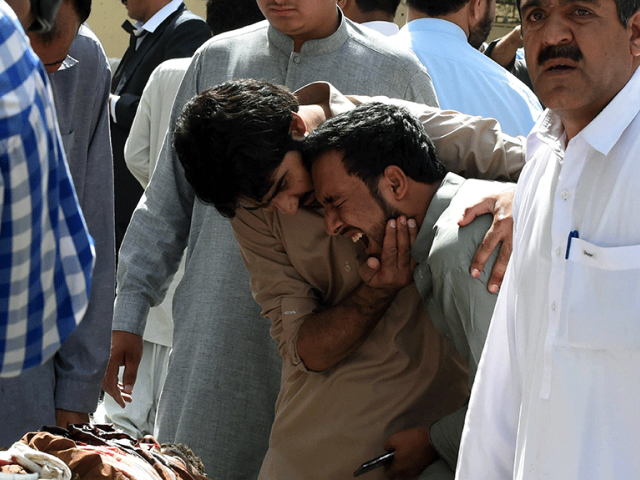 ISLAMABAD: Pakistan on Thursday indicated that India’s premier intelligence agency RAW might have collaborated with local militant groups to carry out the latest terrorist attack in Quetta, which left 76 people dead on Monday.

“Involvement of foreign elements working in cahoots with their local contacts in the condemnable terrorist attack in Quetta, which took a huge toll on the lives of innocent people, cannot be ruled out,” said the Foreign Office spokesperson at the weekly press briefing in Islamabad.

Nafees Zakaria was responding to a question regarding the statement by the Balochistan chief minister that RAW (Research and Analysis Wing) was behind the deadly Quetta bombing.

“The confessional statement by a serving [Indian] naval officer, who was apprehended by our law enforcement agencies has indeed vindicated Pakistan’s claim. The confession has led to significant success in rounding up elements of the network,” he added.

The FO statements come as tensions between the two nuclear armed neighbours are rising over the latest spike of unrest in Indian Kashmir.

FO’s Zakaria also dismissed Indian claims of cross-LoC infiltration. “Pakistan remains committed to the policy of not allowing its territory for any terrorist activity against anyone,” he insisted.

The PM’s foreign affairs adviser has written a letter to the Arab League secretary-general, seeking his attention to the brutalities in Indian Kashmir, Zakaria said, adding the adviser underscored that India had unleashed a reign of terror against innocent and defenceless civilians since the extrajudicial killing of a Kashmiri leader Burhan Wani on July 8.