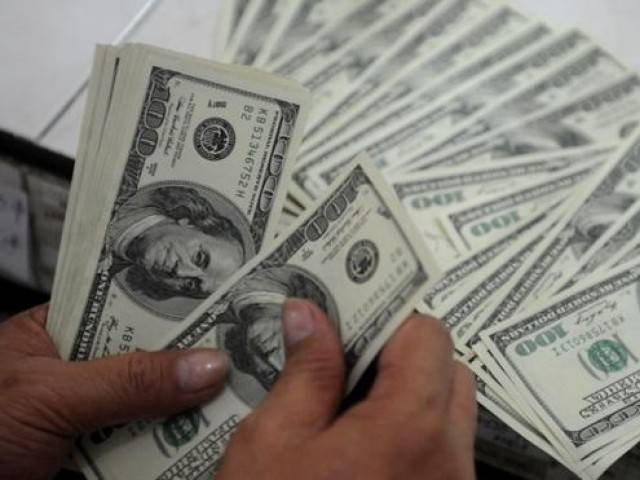 LAHORE: If history is our guide, Pakistan is quite vulnerable to balance of payment crises since it heavily relies on geo-political rents to raise its foreign exchange reserves.

During the 1980s, the first Afghan war helped in maintaining a solid balance of payment position. However from 1988 to 2001, Pakistan had to recourse to the International Monetary Fund (IMF) on frequent intervals to avert the balance of payment crisis and to ward off imminent default. While the second Afghan war provided an opportunity to the government to stay away from the IMF from 2002 to 2008, since then the IMF rescue programme is in vogue with an interlude of 2011-2013.

Every Pakistani now owes over Rs101,338 in debt

Since September 2013, the government is continuously tapping the international commercial debt market to bolster the foreign exchange reserves and to meet one of the conditionality criteria of the Extended Fund Facility (EFF) under the auspices of the IMF.

Under the IMF programme, other multilateral donor agencies and even private commercial banks also become generous to developing economies. On this basis, the government mobilised $ 7.7 billion from external resources in FY2015.

Considering the current pace of economic growth and structure of economy, the government has targeted around $7-8 billion a year of external assistance to meet the merchandise trade gap, debt servicing commitments with a small buffer to negotiate an external shock.

However, the government is projected to pay around $5-6 billion in FY2017 in terms of debt servicing; therefore net addition to external debt is small. In FY2016, the total exports (merchandise and services) are around $28 billion since exports are used to pay for imports and debt servicing.

Keeping in view the low level of exports, the government has adopted a very risky strategy in a medium term where it has issued liabilities denominated in foreign currency, though repayment capacity has been increased to some extent in a short term.

The repayment capacity is measured through external debt servicing/FX ratio which has improved from 2013 to 2016 to some extent owing to precipitous decline in international oil prices and slower repayment to the bilateral and multilateral donor agencies.

However, this ratio could easily deteriorate in the coming years due to factors like electioneering leading to unsustainable higher economic growth, lower exports and moving out of the IMF programme which may prelude to balance of payment crisis–a recurrent event.

Considering the political exigencies the government may adopt the following strategy.

For a sovereign Pakistan, the best option is to issue such liabilities which are denominated in domestic currency since a sovereign state can issue its own liabilities. The government should rely on domestic debt of longer maturity for example 10, 15 and 20 years treasury bonds in a low interest rate environment since a government can never default on domestic debt on the grounds that it has power to impose tax along with the power to borrow from the State Bank of Pakistan.

There is a need to qualify the statement that this borrowing should be done for capital budgeting purpose not for current budgeting one, implying that borrowing to increase the productive potential of economy.

There is a dire need to develop a domestic debt market where retail investors can safely invest in long term government bonds. Why would a private agent invest in those bonds? The simple answer is those bonds provide positive yield along with security of investment.