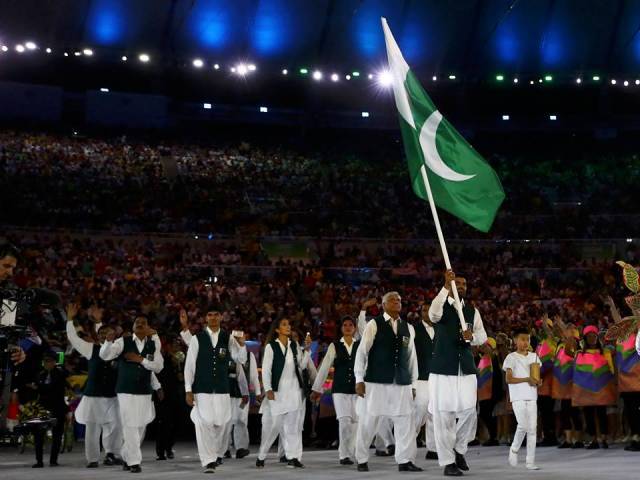 KARACHI: Shah Hussain Shah, who will be the first judoka to represent Pakistan at the Olympics, didn’t bear the national flag at the 2016 Games’ opening ceremony in Rio de Janeiro, much to the chagrin of his father.

Although the Pakistan Judo Federation (PJF) claims the 23-year-old was originally named as the flag-bearer for the country, he was replaced by shooter Ghulam Mustafa Bashir; a more senior member of Pakistan’s seven-member Olympic squad.

The youngster, the most accomplished athlete in the Pakistani contingent in terms of international medals won, feels that he not only needs to fulfil the expectations of the nation but also those of his father’s.

“I want to follow in my father’s footsteps,” Shah told The Express Tribune. “I’m not taking anything for granted. This is my time and my chance to win a medal.”

On the other hand, the senior Shah expressed his disappointment with the Olympic Association’s decision to change the flag-bearer. “I’m happy for Bashir, but I feel my son deserved that honour,” he said. “It should be about merit and achievements. He could have become a British national as he was born in London, or could have gained Japanese nationality because we’ve lived there, but he is a Pakistani. I’m sad that people don’t see that.”

Meanwhile, PJF secretary Masood Ahmed said he is expecting a good performance from Shah, who earned his berth at the Olympics after being named by the International Judo Federation, who chose the 12 best male judokas in Asia on the continental quota basis for the Games.

Shah received a bye in the first round at the Olympics, and will be facing either an Uzbek or a Ukrainian opponent in the second round on August 11.