This Chinese smartphone is unbreakable

This Chinese smartphone is unbreakable 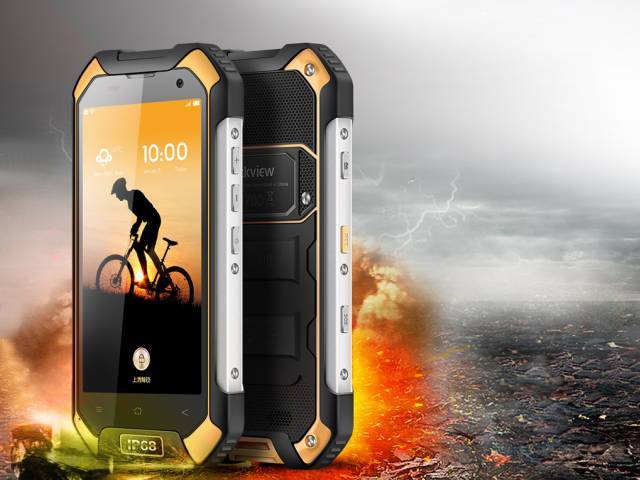 Company claims that the phone works under extreme temperature of -15℃ to 55℃. PHOTO: BLACVVIEW

If you have butter fingers and tired of your smartphone screen breaking again and again, then you should really consider investing in this unbreakable Chinese smartphone.

Chinese smartphone Blackview BV6000 will definitely be saving you a lot of money with its indestructibility as videos shared on YouTube by the company show just how indestructible the phone really is.

The water-proof and dust-sealed smartphone is seen in the video being run over with a car, washed in a washing machine, drilled with power tools, dropped in paste, dumped into a fish tank and even hacked out of a block of cement. And after all this, the phone still manages to work perfectly! The device has 2GHz Octa-core processor with 3GB of RAM and 32 GB of ROM and runs on Android 6.0. BV6000 has 4500mAh battery which gives you an approximately 24 hour talk time and weighs 256 grammes.

With Ingress Protection rating of IP68, the phone works even when it’s wet. So, you can take photos even in rain or even under water to a certain depth. BV6000 has 13MP rear and 5MP front camera.

The company claims that the phone works under extreme temperature of -15℃ to 55℃ and remains functional even at the altitude of 5000meter.