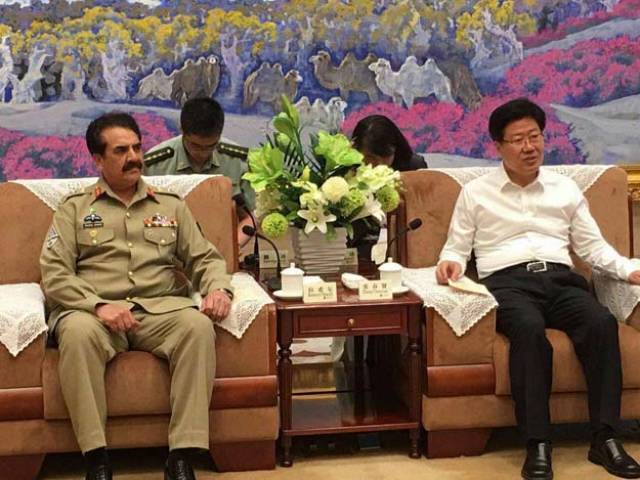 Pakistan, along with three other regional member states, joined on Wednesday the Quadrilateral Cooperation and Coordination Mechanism (QCCM) to counter terrorism.

According to the media military wing, the Inter-Services Public Relations (ISPR), the group includes armed forces of Pakistan, Afghanistan, China, and Tajikistan, which have agreed to establish the QCCM in order to coordinate and provide mutual support against terrorism.

The participants unanimously agreed that terrorism and extremism were serious threats to regional stability, reiterating to cooperate for tackling them for peace and stability of all member countries.

Earlier during the day, the COAS held meetings with Chief of General Staff Gen Fang of People Liberation Army. He discussed military to military relations, bilateral security cooperation, as well as all dimensions of long-term CPEC security.

Pakistan aware of hostility towards CPEC

He also witnessed counter-terrorism exercise in Ku’erla (Korla), a training base of People Liberation Army.

“Exercise encompassed an effective neutralisation of a terrorists’ base in a remote mountainous region employing all the modern aerial and ground equipment and gadgets,” the military’s media wing said.