Doubts continue to be raised over legality of Burhan’s encounter

Doubts continue to be raised over legality of Burhan’s encounter 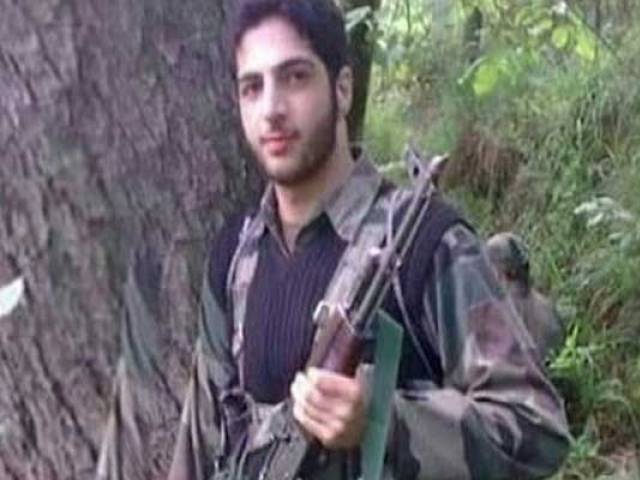 A file photo of Burhan Wani

It has been over 22 days since 22-year-old popular Hizbul Mujahideen commander Burhan Muzaffar Wani was killed in a brief encounter with armed Indian forces in Bundoora village of Kokernag, around 70kms south of Jammu and Kashmir’s summer capital Srinagar. At least 48 civilians have died and thousands injured since then as armed Indian forces opened fire and used dangerous pellet guns to quell protests. Amid sharp criticism over indiscriminate use of pellet guns, which has left hundreds of civilians with irreversible loss of vision and severe damage to other vital organs, the story of the encounter continues to remain a mystery.

Six days after the encounter, on July 14, a senior leader of ruling Peoples Democratic Party and Member Parliament Muzaffar Hussain Beigh termed the encounter suspicious and stated the security forces did not give Burhan and his two associates a chance to surrender. Beigh was doubtful if the three militants had opened fire at security forces. Gunning down a militant in a shootout “is different than killing a militant without giving an opportunity to surrender,” he said.

Beigh said the police and army had claimed the operation ended in three-and-a-half minutes. An international newswire quoted him saying the Supreme Court guidelines about the standard operation procedure (SOP), on how to carry a counter-insurgency operation, even when the armed forces have special powers under the controversial Armed Forces (Special Powers) Act, were not followed. “It is a serious offence and I have asked the Chief Minister to appoint a high-powered committee that will examine the circumstances in which Burhan Wani was killed,” Beigh said.

How Burhan Wani represents a new wave of anger in Kashmir

Beigh, the Harvard-educated lawyer known for his legal knowledge and experience, said the forces have to first ask militants to surrender, then use non-lethal force to flush them out, and resort to firing as a last resort and that too on limbs. “All this takes time and in this case, procedures were not followed,” he said.

The statement made rounds on mainstream news and social media, but it was not the first time questions were raised over the legitimacy of the encounter.

Eight civilians died on July 9, the day when over 100,000 civilians defied strict government-imposed curfew to participate in Burhan’s funeral procession, held at his hometown Tral in southern Kashmir’s Pulwama district. The area is presently the hotbed of armed insurgency. Clashes erupted across Kashmir, mainly in southern parts, as forces stopped many civilians from reaching Tral. Two senior police officers addressed a press conference in the evening announcing the death toll and narrating the day-long incidents of ‘stone-pelting and civilian attacks on police forces.’ Assistant Director General of Police (Crime Branch), Shiv Murari Sahai, mainly spoke of the day’s situation, and Inspector General of Police (Kashmir range), Syed Javaid Mujtaba Gillani, narrated the proceedings of the encounter. Both answered questions surrounding the encounter though.

Upon being asked why the police did not make an attempt to arrest the militants and it seemed like a target killing as their corpses had only a couple of bullets, which is not the case in other routine gunfights, Sahai said, “If you have already come to your conclusions I don’t have much to say.”

“Our attempt always is to ensure that if they (militants) can be arrested they should be arrested. You should be aware that two of our SOG personnel sustained bullet injuries during the encounter after which the killing of the two militants took place,” said Sahai. “It’s not only in the case of Burhan, it would be universally true for any attempt that is made. So our attempt is to try and see that we do not kill the militants, the idea is not to kill them. There are children; we would like to bring them back. But when you have a situation where a firefight starts, then this would be the consequence.” The Army issued a statement a few days later, saying that one police personnel sustained injuries, while the police had said two.

Narrating the proceedings of the encounter, Gillani said it was based on specific information. “There was a cordon and search operation launched in that area. When we were closing in on the target house, there was firing from inside; two of our people sustained injuries. The militants came out firing. There was retaliatory firing in which three militants were killed, one of whom happened to be Burhan Wani.” Speaking about the arms recovery, Gillani said, “The details of the recoveries would be given out. They were all carrying assault rifles.”

Gillani, in the press conference, refuted the allegations that police was not making efforts to arrest militants. “It’s a factually incorrect statement and I can give you figures that this year there are 18 terrorists who have been arrested which also includes, I think, two or three foreign terrorists. So this question of not making an attempt to make arrests is factually incorrect and it doesn’t go with the figures that we have.”

Controversy also erupted over doubts if the police knew about Burhan’s presence at the encounter site or not and if the operation was specifically launched to neutralise him. Before the police press conference, reputed newspaper The Indian Express quoted an unnamed police officer saying the police had been tracking the movements of Burhan for two months and were waiting for the bypoll in Anantnag, where the Chief Minister Mehbooba Mufti was among the contestants, to end before launching a counter-insurgency operation against Burhan. “The decision to bump off Burhan had already been taken. There was a view within the establishment against killing him. That wasn’t heeded,” the officer reportedly said.

In the press conference, upon being asked if it was a specific operation against Burhan, Gillani said, “We would not like to comment on that.” In response to a different question, Sahai said, “The question that whether we knew Burhan was there or not is not a critical issue.”

The Chief Minister, on July 28, said the government did not know Burhan was one of those in the hideout and if the government knew, he would have been given a chance to surrender. It was the first time Mehbooba spoke about the encounter. “How do we know about an encounter? What can I say? I believe that had they known he (Burhan) was there, he would have been given one chance as the situation was fast improving in the state,” she told reporters. Later, Deputy Chief Minister Nirmal Singh, who is a senior leader of ruling coalition partner Bharatiya Janata Party (BJP), also said the government had no information about Burhan’s presence at the encounter site.

However, the BJP’s president in Jammu and Kashmir, Sat Sharma, later said the security forces knew about Burhan’s presence there. “They know as to who was present in the house and they had undertaken the job after taking everything into account,” he said.

In the meantime, the police tried to keep away from talks about the encounter. The speakers at the press conference did not voluntarily speak about it and spoke only after questions about it were repeatedly asked. Moreover, when Sahai asked Gillani to talk about the proceedings of the encounter, Gillani started by saying, “As sir has already told you the focus of why we are here today is not the encounter that took place yesterday. The focus is on making an appeal to the public that they stay calm so that no more lives are lost. That is our primary endeavour as of now.” After that he narrated the story of the encounter in exactly the same words as is always narrated by police about most encounters they carry out.

Gillani said the cordon-and-search operation started at 4:30 pm or so. “I don’t have the exact time,” he said. Later, he said the encounter lasted for about two hours. This is in clear contradiction to what Beigh claimed, that the encounter ended in three-and-a-half minutes.

The doubts about whether police knew about Burhan’s presence continued. The Chief Minister, in her statement on July 28, said the government did not have enough time to prepare and prevent widespread violence in the aftermath of Burhan’s killing. The Deputy Chief Minister also spoke in a similar tone. He said if the security forces had information about the presence of Burhan at the encounter site, they would have taken precautions to prevent widespread violence.

However, this is again in clear contradiction to what Sahai said at the press conference. He said clashes and civilian killings occurred at places the police had not expected. “The areas that would normally give us trouble today have behaved only because we were prepared for it,” he said. “Now that we are aware of what has happened, we will definitely try to prepare for it,” he said, although over 40 civilian killings still took place after that day. Moreover, the government immediately acted after Burhan’s killing, snapping mobile internet only four hours later and imposing strict curfew across Kashmir the next morning. This again shows the government prepared well, an act not in accordance with what the Chief Minister and the Deputy Chief Minister said.

Uncertainties over counter-insurgency operations are not new in Kashmir. There have been many instances of alleged staged encounters in the nearly three-decade-long armed insurgency, with 2016 being no exception.

For instance, police shot dead two young men in Srinagar’s Sarai Bala locality on May 23, saying they were militants and were killed in a gunfight. However, according to a report in Hindustan Times, residents of the locality said the young men did not have weapons and one of them was arrested in the room and then brought to the road and shot while the other one was shot during the subsequent search.

Earlier, on May 21, Indian armed forces claimed to have killed five unidentified militants in a gunfight in Drugmulla area of North Kashmir’s frontier Kupwara district. However, residents of the area staged a protest demonstration the next day alleging the five men had been killed a week ago. Srinagar-based Greater Kashmir quoted a protester saying, “The house has been brought down by mortar shelling and there are no marks on the bodies of these youths who show that they have been martyred today. After seeing their faces, it seems they have been killed 6-7 days before and brought here to show they have been killed in an encounter.”

Pertinently, Burhan was the most wanted man in Kashmir for over a year and carried a bounty of INR1 million. He was not directly involved in any militant attack and was never caught in a gunfight, but was famous for his bold appearance on social media by uploading still images and audio-visual statements of his armed group members.

Vijdan Mohammad Kawoosa is a Kashmir-based journalist and founder/editor of jandknow.com