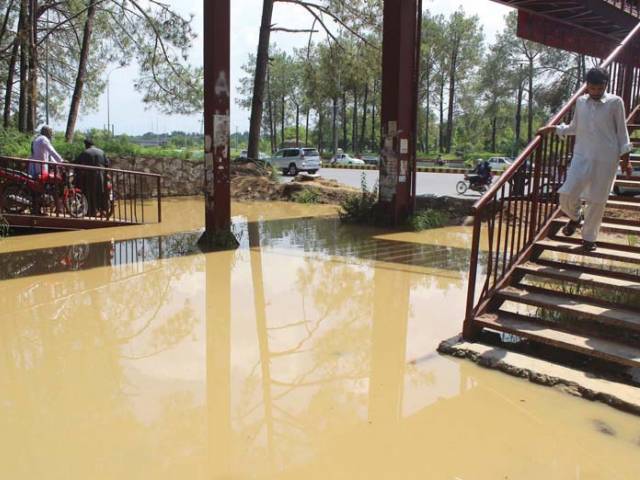 Since recent rains residents of the G-7 area have been facing numerous difficulties. PHOTO: FILE

ISLAMABAD: Sanitation problems and accumulation of water on roads have irked residents of G-7/1.

The residents of the locality said they had lodged their complaint with the Capital Development Authority (CDA), but the civic agency did not respond.

They said that it was the duty of the civic agency to repair the broken piping of the manholes, which were causing problems for residents of the locality.

Ahmed Ali, a resident of the area, said that for the last one month accumulation of water had been creating problems for the residents near Chinab Market adjacent to the sector’s squatter housing.

He said that during the rains, water inundated the road leading to G-7 Markaz from Chinab Market and Zero Point.

Rahim Khan, a senior citizen, said the CDA officials should drain the water from the road and repair the broken pipeline, which was creating problems for the residents.

An official of the CDA’s complaint office, when contacted, said the concerned officials should check the problem and resolve it as soon as possible.

He added that due to the heavy rains, water accumulation-related complaints were received from various localities and that all the complaints would be addressed.

Musical activism: Our work is a poetic rebellion, says Samejo