Pakistan Monument Museum – exploring the riches of the past

Pakistan Monument Museum – exploring the riches of the past 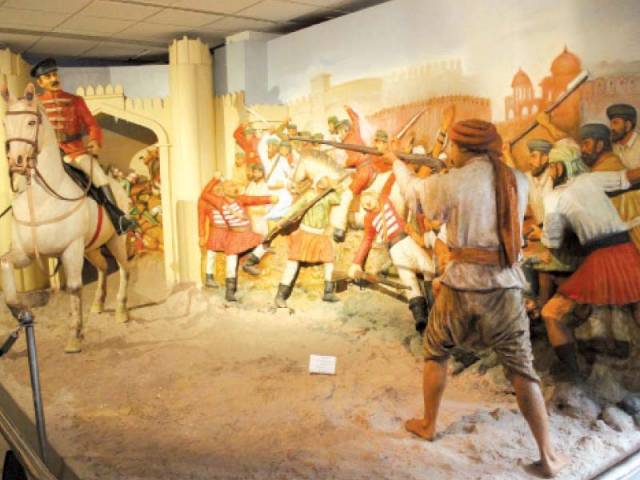 The monument not only provides a panoramic view of Islamabad, it is also a place one can visit to learn more about the history. PHOTO: MUHAMMAD JAVAID/EXPRESS

ISLAMABAD: As you pass by the Zero Point Interchange, you can spot a building nestled atop the Shakarparian Hills, in the shape of a flower in bloom.

The Pakistan Monument, due to its vantage point, not only provides a panoramic view of Islamabad, it is also a place one can visit to learn more about the history of Pakistan.

To the left of the monument, stands the Pakistan Monument Museum, which was established by the National Institute of Folk and Traditional Heritage – Lok Virsa, in 2010, to pay tribute to the national heroes of the country, who sacrificed everything to realise the dream of Pakistan.

The museum contains displays of ancient civilisations, as well as the freedom struggle, creation and major achievements of Pakistan, which is exhibited in a three-dimensional, creative manner.

It is also equipped with a reference library, audio-visual archive and conference hall, along with an auditorium with a sixty-two seat capacity, known as the Panorama Hall.

At the entrance of the museum, the figures of Muhammad Ali Jinnah and Fatima Jinnah are seated regally in a horse-carriage. On the right, one loses themselves in the past of the subcontinent. Exhibitions include the Gandhara civilisation, arrival of Islam with Muhammad bin Qasim, Muslim governance by Zaheeruddin Baber, Sher Shah Suri, Sultan Mehmood of Ghazni, Sufism, the creation of Pakistan and the ensuing mass migration. “Our mandate has been to preserve, document and promote the cultural heritage of Pakistan”, said Lok Virsa Executive Director Dr Fouzia Saeed. “Currently, our emphasis is on the promotion of the folk heritage of Pakistan, in a way that is relevant to people of all ages and backgrounds, and to provide more meaning and depth in their lives. The promotion of folk heritage will also create more space for expressing diversity within our culture, as well as asserting cultural autonomy and dignity”.