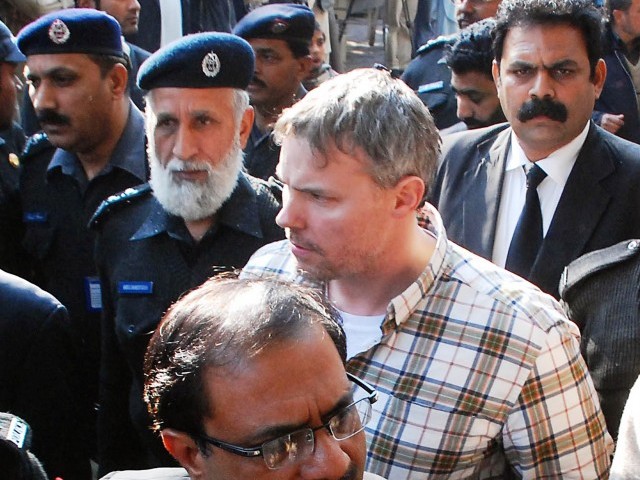 ISLAMABAD: The government’s reluctance to free Raymond Davis is attributed to the fact that the two killed in the Lahore shooting were believed to be the intelligence operatives.

“Yes, they belonged to the security establishment….they found the activities of the American official detrimental to our national security,” disclosed a security official.

He requested not to be identified since he was not authorised to speak to the media on record.

The official confirmed that the president, the prime minister and the chief of army staff (COAS) had discussed the issue in a meeting last week. The three thought it was advisable to resist the US pressure on the Raymond Davis issue and believed the detained American national should not be released at this stage, he said.

He said the government’s tough stance on the controversy was also its reaction to the attempts by certain elements in Washington to implicate the country’s top spy agency, the ISI, in the November 2008 Mumbai attacks.

“The government is very angry with the decision of an American court to summon top ISI officials in connections with  the Mumbai attacks,” the official maintained.

The military spokesman was not available for comments.

The officials in the Foreign Office also confirmed the government’s position on the Raymond Davis issue but said he would eventually be released once the firm assurance from the US that such incidents would not recur.

The government was also con­templating to ask the American government to waive off Ray­mond’s immunity and try him in the US courts, the officials added. A US Embassy official said his government had “no plans yet to agree on such a step”.