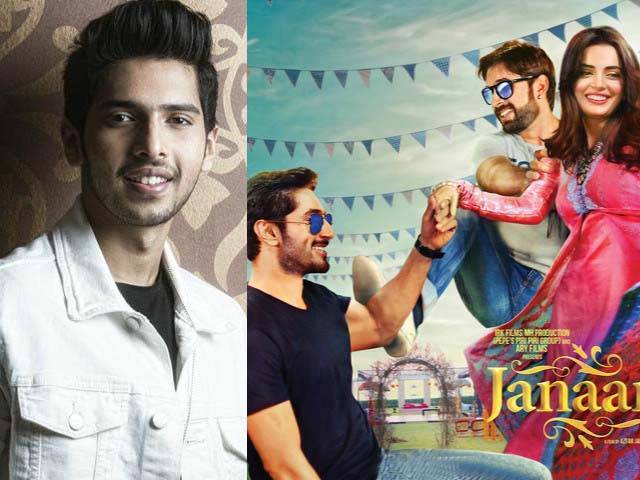 Bollywood playback singer Armaan Malik has marked his Pakistani debut with the title track of Janaan.

The award-winning singer, who has hits such as Main Hoon Hero Tera to his credit, launched the song yesterday in London in the presence of the lead actor Bilal Ashraf along with other members of the crew.

Janaan also stars Armeena Rana Khan and Ali Rehman in lead roles, and the music video portrays the love triangle between the three. Here, check out the title track:

Apart from Armaan, Shreya Ghoshal has also lent her vocals to one of the tracks, but we have yet to see what she has to offer.

Speaking to The Express Tribune earlier, the music director of Janaan, Ahmed Ali, shared his experience of working with the cross border talents.

“It was great! A totally different experience because they brought something very unique to the table,” said Ahmed.