‘Prospect of Pakistan’s isolation is acute’

‘Prospect of Pakistan’s isolation is acute’ 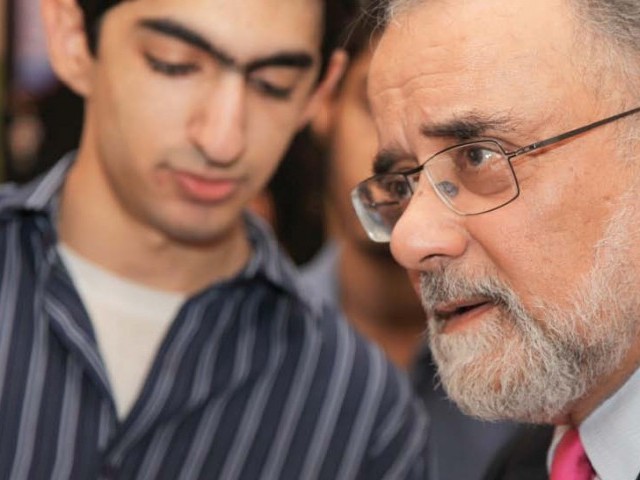 KARACHI: By persisting with imprudent policy for a sustained period of time, Pakistan is now being viewed as a “nuisance” by its friends and foes alike, warned prominent journalist Ahmed Rashid – pointing to a very tough time ahead for the country.

Warning that the prospect of global isolation was “acute”, Rashid, a seasoned journalist and analyst, said that the country’s leadership needs to immediately review a number of fundamental policies.

It has come to the stage, he said, where he is being told by officials in strategically important countries that no one will come to the aid of Pakistan if there is another natural calamity, such as the recent floods or the 2005 earthquake.

In a candid talk at the Karachi Literature Festival on Saturday, Rashid, author of two seminal books on terrorism (Descent into Chaos and The Taliban), said the US already has a number of reservations – particularly the alleged sheltering of the Taliban leadership in safe houses located in areas such as Qila Saifullah and Pishin. The same goes for Iran’s concern regarding anti-Tehran groups.

Afghanistan, he said, deeply distrusts Pakistan, adding that even the Taliban leadership, while thankful for the shelter being given to it, was tired of  the constant meddling in its affairs.

Meanwhile, Russia has said that the recent blast at Moscow’s airport was planned in Pakistan and has approached Islamabad on the issue.

The Arabs, he stressed, are no friends of Pakistan either.

Even China is annoyed at the activities of Uighur militants in its Xinjiang region.

There is no way, he said, that Pakistan can rationalise its perseverance with a policy insisting that they should have the sole role in post-war Afghanistan.

Pakistan’s adamant stance that India should have little or no stake in Afghanistan is also incorrect, he said, pointing out that India is now the fifth largest donor to the war-torn country. Historically, he added, India also has had strong ties with Afghanistan in post-partition India.

He also pointed out that none of the regional players, including Iran, would simply “allow” Pakistan to be the sole player in Afghanistan any longer.

However, Rashid did say that Pakistan would automatically come out on top in the battle for influence in Afghanistan – since it provides the major ports to the landlocked country, shares the largest border with it, and also has ethnic affinity.

We need to be making friends in the region, not enemies, he stressed.

At home, said Rashid, Pakistan is also responsible for creating the home-grown Taliban, which he said, is a product of Pakistan’s own flawed policies of supporting militants. “After 9/11, we let them all in,” he alleged, adding that these very people then spread extremism in settled areas of Pakistan.

The other issue that Rashid talked about was that of expedient domestic policy.

He said that the government’s inability to enforce IMF and WB-related reforms due to political expediency means that the country will not receive any financial support, which it direly needs at the moment. Other financially-challenged countries, such as Greece, which have followed the reforms to the letter, will become focal points of the financial aid, and their willingness to follow the reform programmes will discredit Pakistan.

Pointing to the assassination of Salmaan Taseer, he said that the failure to come out in force against the assassin, due to the government’s fear, had only emboldened the extremist elements, as had the unwillingness of the government to touch the Blasphemy Law. He warned that tomorrow some other key political or military figure could also be targeted in the same manner.

Commenting on the Raymond Davis, the American shooter in Lahore, Rashid said that all these people are in Pakistan in the first place because they have been handed out Pakistani visas as a part of embracing an excessively compliant policy post-9/11 that has hurt country in the long run.  “This is our doing,” he said.

At the end, Rashid proposed, Pakistanis, particularly the elite, need to take responsibility and get Pakistan out of this mess. There needs to be a citizens’ movement, he said. “The military is obsessed with Afghanistan; I would like to see the political leadership obsessed with Pakistan.”