Foreca­sters warn the storm could bring winds around 60 miles per hour, floodi­ng rains and 15 to 25 foot surf to shore
By AFP
Published: July 23, 2016
Tweet Email 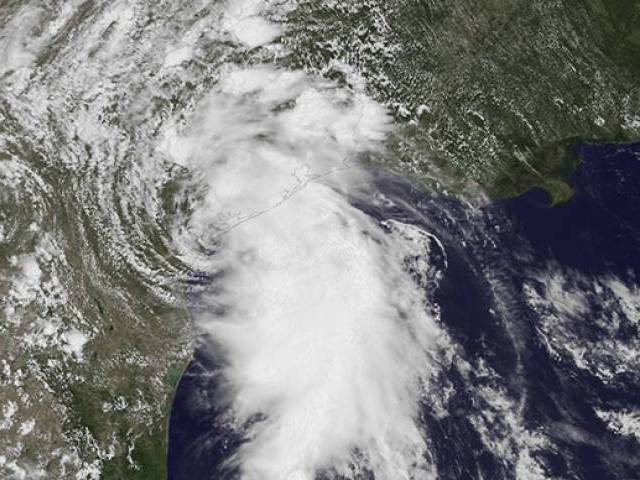 WASHINGTON: A tropical storm over the Pacific is expected to hit parts of Hawaii as two more storms build toward hurricanes elsewhere in the Pacific, weather watchers in the United States said Friday.

The agency has issued a tropical storm warning for Hawaii County and Maui County, which includes the islands of Maui, Molokai, Lanai and Kahoolawe.

Forecasters warn the storm could bring winds around 60 miles per hour, flooding rains and 15 to 25 foot (four to seven meter) surf to shore late Friday or early Saturday.

The storm was located more than 260 miles southwest of Manzanillo, Mexico, on Friday, the agency said.

It is forecast to strengthen, possibly turning into a hurricane over the weekend.

Although Frank is not expected to make landfall, it could bring higher waves to the Mexican coast, the NHC said.

Another tropical storm, Georgette, which also formed over the east Pacific, was located nearly 900 miles southwest of the southern tip of Baja California with maximum sustained winds of 55 miles per hour on Friday evening, the NHC said.

That storm is also expected to strengthen over the weekend, possibly reaching hurricane strength overnight or Saturday. However, it remains no threat to the US mainland or Mexico, the agency said.