Muhamm­ad Waseem says he is "not embarr­assed" to have killed the model
By News Desk / Owais Qarni / AFP
Published: July 17, 2016
Tweet Email 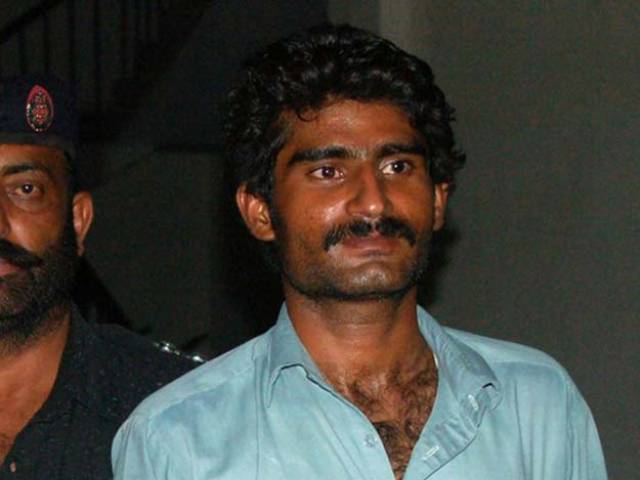 MULTAN: Internet sensation Qandeel Baloch’s brother, who was arrested late Saturday, has confessed to drugging and then strangling her “for honour”.

Muhammad Waseem said he is “not embarrassed” to have killed her.

“Yes of course, I strangled her,” Wasim told reporters at a defiant press conference, organised by police, early Sunday.

“She was on the ground floor while our parents were asleep on the roof top,” he continued. “It was around 10.45 pm when I gave her a tablet… and then killed her.”

Qandeel, believed to be in her twenties and whose real name was Fauzia Azeem, rose to fame for her provocative Facebook posts that saw her praised by some for breaking social taboos but condemned by conservatives.

“Whatever was the case, it (his sister’s behaviour) was completely intolerable,” he said. After the videos with Mufti Abdul Qavi had gone viral on social media, I planned to murder her and was only waiting for the best moment.”

She was killed on Friday night at her family’s home near Multan. Wasim went on the run and was arrested late Saturday in neighbouring Muzaffargarh district.

He added, “I am a drug addict but I was in my senses when I murdered her and I accept it with pride. Now everybody will remember me with honour that I have provided relief to my parents and brothers who were suffering for the last two decades because of her.”

“Girls are born only to stay at home and to bring honour to the family by following family traditions but Qandeel had never done that,” Waseem said.

“My friends used to send me videos and pictures on my mobile and everyone in the mobile market was sharing pictures and videos of her with me. Murdering her was better than committing suicide so I went with the former plan.”

CPO Multan said samples were taken from Qandeel’s body which will be sent to Lahore to determine if she was drugged or not.

Rumours of Qandeel’s parents being taken in remand are false, he added, saying the model’s mobile phone was recovered and will be used to help in the investigations.

Qandeel was buried in her home town in DG Khan on Sunday.

Her funeral prayers were offered Shah Sadar Din village, around 130 kilometers from Multan. She was buried in her family graveyard.

Hundreds attended her funeral prayers, including locals as well as social rights activists from all over south Punjab.

Qandeel’s parents were afraid that they might be killed by their sons as well, and were provided security, police sources told The Express Tribune. As per her father’s wishes, Qandeel’s body was shifted to DG Khan from Multan on Sunday morning at 6am. Father of Qandeel Baloch mourns as he sits in an ambulance carrying the body of Qandeel in Shah Sadar Din village, around 130 kilometers from Multan on July 17, 2016. PHOTO: AFP

According to the post-mortem report conducted by a panel of three doctors at Nishtar Hospital in Multan, she was murdered between 9 and 10pm late Friday evening.

Her death was reported to rescue 1122 on Saturday morning in around 11am. Her body was shifted to Nishtar Hospital in Multan around 2pm Saturday afternoon and it remained there for more than 14 hours as her parents were coming to receive it after autopsy.

“Wasim, 30, killed her last night following an argument,” her parents confirmed after her death. Her parents arrived at the Nishtar Hospital and collected her body on Sunday morning. Her body was then transferred to Dera Ghazi Khan for the funeral.

Qandeel’s father Azeem said his daughter was brave and he would not forget or forgive her brutal murder.

Regarding security measures, the CPO said police had not received a written request from the model to provide her security.

Following the Mufti Qavi ‘scandal’, the internet sensation had claimed she was receiving death threats and had officially sought security.

However, following “no response” from the interior ministry on her application for getting personal security, she planned to settle down abroad after Eidul Fitr.

“I know I will not be provided security and I am not feeling secured here so have decided to move abroad with my parents after Eidul Fitr,” Qandeel had told The Express Tribune.

Bring on the entertainment, Peshawar!