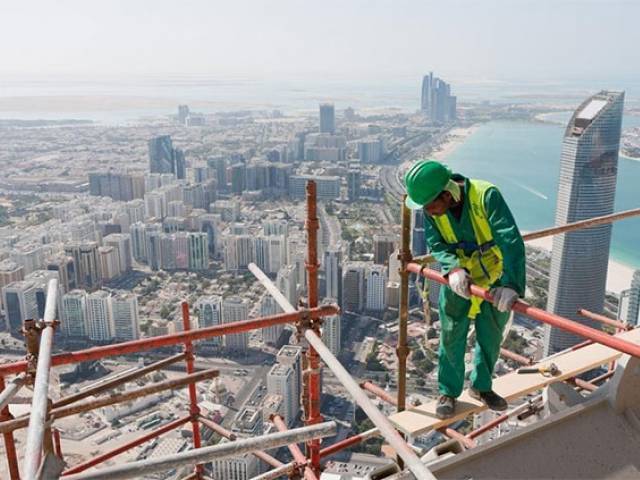 KARACHI: Overseas Pakistani workers sent remittances amounting to over $19.9 billion in 2015-16, up 6.4% from the preceding fiscal year, according to data released by the State Bank of Pakistan (SBP) on Friday.

As for the last month of 2015-16 alone, home remittances crossed the $2 billion mark for the first time in history. They clocked up at $2.1 billion in June, up 13.8% on a year-on-year basis. The hike in remittances in June can be attributed to Eid, as overseas workers send more money home for the annual celebrations.

The year-on-year increase in remittances was 18.2% in 2014-15, as Pakistanis based in foreign countries sent home $18.7 billion in the second-last fiscal year.

Growth in remittances flowing into developing countries has “nearly stagnated,” with the exception of Pakistan where the year-on-year increase in net inflows appears “quite decent,” according to the SBP.

Remittances have slowed down around the world for a number of reasons, such as stagnant growth in developed countries, falling oil prices and consequent changes in labour markets of the Gulf countries, tighter regulations for cross-border money transfers and the refugee crisis in Europe, the SBP said in its latest quarterly report. Although the slowdown in the year-on-year increase in remittances flowing into Pakistan looks “unimpressive” in view of the pace recorded in the recent past, the SBP said Pakistan has fared relatively better than other regional countries.

Inflows from Saudi Arabia were the largest source of remittances in Jul-Jun. They amounted to $5.9 billion in 2015-16, up 6% from the preceding fiscal last year.

Remittances received in Jul-Jun from the United Arab Emirates (UAE) increased 3.1% to $4.3 billion on a year-on-year basis. Inflows from the UAE had registered the largest increase (19%) from any major remittance-sending country in 2014-15, SBP data shows.

In 2015-16, remittances from Dubai have surged 19.3% year on year. But the figure for overall inflows from the UAE so far has remained subdued because of a 19% annual decline in remittances from Abu Dhabi over the same period.

Remittances from Gulf Cooperation Council (GCC) countries, excluding Saudi Arabia and the UAE, clocked up at $2.4 billion in 2015-16, which is 11.5% higher than the remittances received from these countries in the same           months of the preceding fiscal year.Remittances from Oman in Jul-Jun equalled $819.4 million while those from Kuwait, Bahrain and Qatar amounted to $774 million, $448.4 million and $380.8 million, respectively.

The SBP believes a reduction in fuel subsidies and an increase in taxation will decrease savings of expatriate workers in the short term, thus squeezing the amount they can remit back home.

The SBP blames stringent regulations faced by money transfer operators (MTOs) for the decline in remittances from the United States. These regulations have “significantly increased” compliance costs for banks and MTOs, the SBP said, adding that they have also created operational difficulties in the remittance transfer business.