Sabir Ansari claims Bollyw­ood supers­tar promis­ed him Rs200m as royalt­y for making a film based on his life
By News Desk
Published: July 12, 2016
Tweet Email 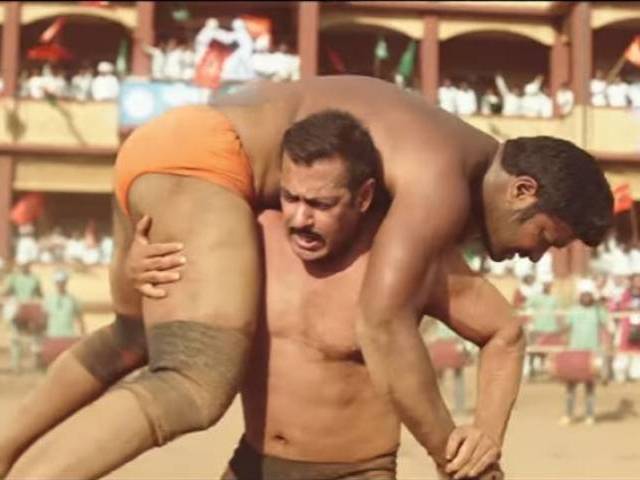 An Indian man, who claims to be a real-life lead character in Salman Khan’s latest blockbuster Sultan, has filed a case of cheating against the Bollywood super hero, his co-star Anushka Sharma and director Ali Zafar Abbas in a local court.

The plaintiff, Mohammad Sabir Ansari alias Sabir Baba, who is a resident of Muzaffarpur, has claimed that Salman had promised to give him Rs200 million as royalty for making a film based on his life.

“Sabir narrated his story to Salman in Mumbai in 2010 and the actor promised the remuneration if a film was made based on it,” Ansari’s counsel Sudhir Kumar Ojha said.

Released on July 6, the first day of Eid, Sultan earned over Rs35 million and Rs41 million on its first and second day respectively.

This article originally appeared on NDTV