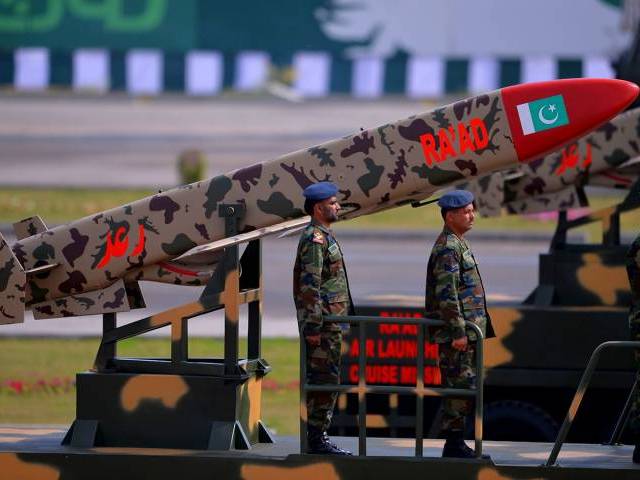 Pakistan’s nuclear programme is of strategic importance in context of modern security paradigm and changing regional strategic calculus. For Pakistan, investing in modern non-conventional security assets serves as peace-preserving investment and safeguards country’s territorial existence from multifaceted threats. Robert Crockett in National Security Implications of Eliminating Nuclear Weapons says “without nuclear weapons, Pakistan loses military parity,” and would thus have an incentive to keep a nuclear-capable military. Likewise, another study Tough Talk Is Cheap: Washington’s Real Options in Islamabad by Stephen D Krasner and Alexander Evans seconds this view and states “nuclear weapons work for Pakistan: they are a deterrent against a much larger and stronger India.”

Pakistan’s nuclear arsenal to increase significantly over next 10 years: SIPRI

Ramesh Thakur and John Page in Nuclear Weapons: The Opportunity Cost estimate a total cost of $2.2 billion for the year 2011 out of the core cost reported to be $1.8 billion.

Zia Mian and MV Ramana in Asian War Machines have estimated it costs $2.5 billion per year. Exactly similar figure reported by Palash Ghosh in Pakistan Rapidly Expanding Nuclear Weapons Arsenal with reference to a report of Women’s International League for Peace and Freedom.

Another study by Mian, in Assuring Destruction Forever: Around the World says the Pakistan’s nuclear spending is $800 million per year and adds up to $2 billion per year if environmental costs are included. The $1.2 billion cost of negative externalities is really hard to authenticate in the absence of comprehensive data and author’s assumptions. The tendency of including environmental costs without data and background workings may overstate the estimates.

Bruce G Blair and Matthew A Brown, in Nuclear Weapons Cost Study: Global Zero reported a credible cost estimate of $781 million for 2009. As Mian they pointed out hidden costs pertaining to health and environment are significant.

None of the studies mentioned above have enumerated assumptions, data, methodology and limitations. Therefore, these estimates are difficult to validate and authenticate. Not only the cost estimates reported by these authors is exaggerated and upward biased, they also lack supporting data.

I recently conducted a study titled The Price of Nonconventional Security on the latest cost estimates for 2014-2015. It defines a theoretical framework for direct and indirect costs and a practicable cost estimation methodology with certain assumptions and caveats. Adding budgetary allocations for primary institutions, imports data from International Trade Centre (ITC) and approximating human resource cost would cumulatively add to $1.1 billion, including cost of civil use of nuclear technology. This is even less than 1% of Pakistan’s GDP. This estimated cost is in line with and validates Blair and Brown’s estimate of $781 million for 2009 and Mian’s estimate of $800 million for 2012.

This shows Pakistan’s nuclear programme is very cost effective, for which Pakistan Army and allied civil nuclear institutions deserve much appreciation. No doubt, investing in nuclear programme is peace preserving investment and prevents the country from external aggression of whatever nature and magnitude.

The commitment for military security of such highest order is praiseworthy, but sill there is a dark side of state’s neglect of human development. Pakistan’s Human Development Index ranking is 146 out of 185 countries. Comparing nuclear-armed states, Page and Thakur in their study mentioned Pakistan’s public spending on education and health is 2.4% and 0.8% of GDP, respectively, which is the lowest of all nuclear-armed states. This has further decreased to 2.1% and 0.4% of GDP as per Pakistan Economic Survey 2014-2015. The 2007 Fourth National Report for the Convention on Nuclear Safety emphasised Pakistan’s future challenges are food, clothing, education, environmental degradation and its effects on health, irrigation and drinking water; and creating means of employment for the country’s very large and growing population.

It is need of the hour that state should focus on improving the socio-economic conditions of its citizens. For such social spending, institutional development, good governance and above all increasing tax collection across the board, are important determinants. An economically stable Pakistan would be conducive to democracy and political stability.

As I concluded in my study: “Although military security is no doubt essential, it is high time for the state to assign a high priority to investing in human capital, lest the country’s miserable state of human development continue indefinitely.”

Asim Bashir Khan is a PhD scholar at Institute of Business Administration in Karachi.

These 7 pictures will leave you craving for mangoes