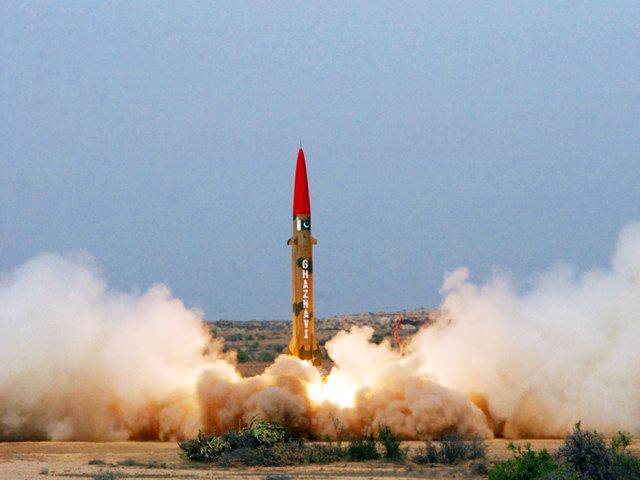 STOCKHOLM: Two bordering, rival countries are increasing their capacities: India is beefing up its nuclear-capable ballistic missile programme and speeding up its plutonium production, while neighbouring Pakistan is developing battlefield nuclear weapons in a bid to offset India’s superior conventional forces.

Pakistan’s “nuclear arsenal may increase significantly over the next decade,” the institute warned.

The world’s biggest nuclear powers, the US and Russia, are slowly reducing their nuclear arsenals but are modernising their capacities, the Stockholm International Peace Research Institute (SIPRI) said on Monday.

Nine states — the US, Russia, Britain, France, China, India, Pakistan, Israel and North Korea — had 15,395 nuclear warheads at the start of 2016, including 4,120 which were operationally deployed, the institutes’s annual report said.

“Global nuclear weapon inventories have been declining since they peaked at nearly 70,000 nuclear warheads in the mid-1980s. The decline has been due primarily to cuts made in the Russian and US nuclear forces,” researchers Shannon Kile and Hans Kristensen wrote in the report.

The reductions are the result of three arms limitation treaties signed since 1991, as well as unilateral force reductions by the world’s two nuclear superpowers.

“However, the pace of their reductions appears to be slowing compared with a decade ago, and neither Russia nor the US… has made significant reductions in its deployed strategic nuclear forces since the bilateral New START treaty” entered into force in 2011, SIPRI said.

Russia was estimated to have 7,290 nuclear warheads at the start of 2016, and the US 7,000, with the two countries accounting for 93 percent of nuclear weapons in the world, it said.

“None of the nuclear weapon-possessing states are prepared to give up their nuclear arsenals for the foreseeable future,” SIPRI said, noting that Washington and Moscow have “extensive and expensive nuclear modernisation programmes under way.”

Orlando shooter underwent company screening in 2013 with ‘no findings’