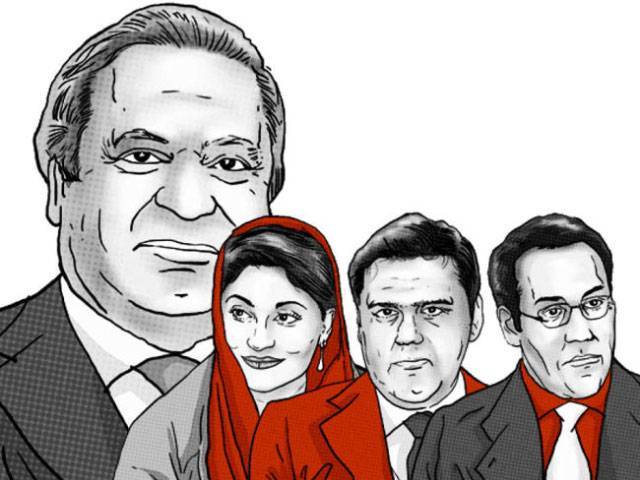 Launching a mass movement at a time when around 10 MNAs [old and new] of the party from KP — PTI’s support base was a difficult decision to make. PHOTO: ICIJ

ISLAMABAD: The Pakistan Tehreek-e-Insaf (PTI) has adopted a carrot-and-stick policy for the most part: threatening to mobilise people and launch an agitation campaign in the wake of the Panama papers while talking about taking the legal route to dislodge the prime minister.

Sources said that PTI Chairman Imran Khan is scheduled to visit Britain after Eid. He is likely to return in the third week of this month.

In the meantime, senior party leaders, including Shah Mehmood Qureshi and Jahagir Khan Tareen, are to keep up the pressure on the government with renewed threats of a protest campaign.

It is during this period that vacant posts for the Election Commission of Pakistan (ECP) are to be filled. Once the commission is complete, the PTI is likely to pursue an aggressive course of action against the Sharifs.  “The matter is likely to land in the Supreme Court,” a senior PTI leader told The Express Tribune. He said that PTI party would file a case in the apex court if the ECP tried to delay the Prime Minister’s disqualification.

Political opponents contend that the party is using delaying tactics because there is little public enthusiasm for the party’s protest drive. Insiders believe that PTI is building a narrative before going for the last option – staging a sit-in at Raiwind in Lahore.

It would be premature to predict the result of a joint movement by PPP and PTI against the government. However, it can be said that neither of the parties would allow the other to reap the benefit of any possible public movement. Neither the PPP nor the PTI have rejected the possibility of launching such a movement.

Internally, the party is in disarray since all offices had been dissolved ahead of much touted intra-party elections which have now been put on hold due to Panama leaks.

Party sources say that there was little chance of polls till next general elections.  In addition, the party is facing a challenge in Khyber-Pakhtunkhwa where a five-member group of National Assembly lawmakers have jointly protested against Chief Minister Pervaiz Khattak. Imran Khan has tried to persuade disgruntled parliamentarians but they appear unsatisfied with hollow commitments.  Launching a mass movement at a time when around 10 MNAs [old and new] of the party from KP — PTI’s support base was a difficult decision to make.

Torrent of tributes for humanitarian