A Seleção das Quinas will now face either German­y or host France on Sunday­
By Reuters
Published: July 7, 2016
Tweet Email 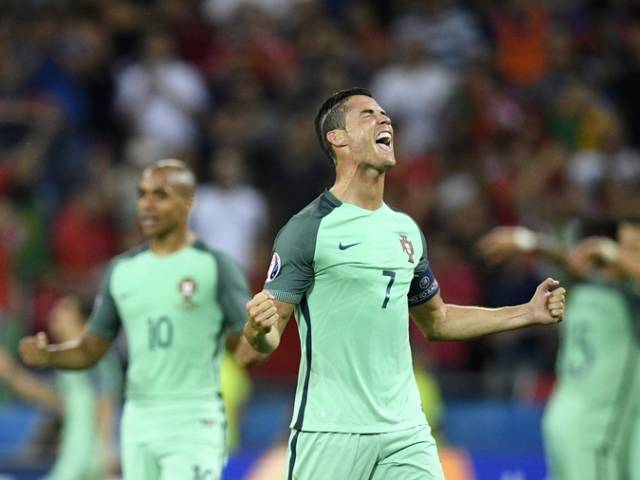 Cristiano Ronaldo and Nani struck in quick succession early in the second half to fire Portugal to a 2-0 win over Wales in the first Euro 2016 semi-final on Wednesday.

After a tense and tactical first half, Ronaldo broke the deadlock five minutes after the re-start when he leapt majestically to head Raphael Guerreiro’s pinpoint cross into the net following a short corner.

Ronaldo inadvertently set up the second three minutes later with a mis-hit shot which Nani deflected into past Wales goalkeeper Wayne Hennessey.

Portugal, who also reached the European Championship final in 2004 when they lost to Greece, will play Germany or France in the final on Sunday.

Ronaldo and Nani each took their tallies in the tournament to three goals as Portugal won a game inside 90 minutes for the first time at Euro 2016.