The Khawat­oons is inspir­ed by Who’s Line Is It Any way
By Nisma Chauhan
Published: July 5, 2016
Tweet Email 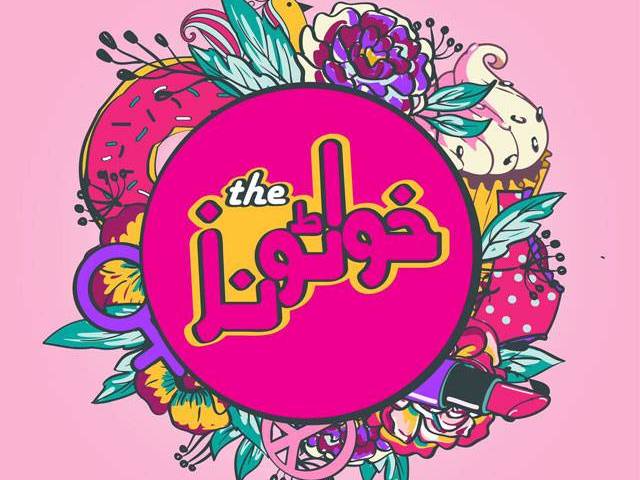 With a burgeoning comedy scene in the country that is gradually shifting from crass humour to modern satire, a new comedy group, The Khawatoons, is ready to prove that women are as funny as men. After ‘The Auratnaak Show’ in June featured ten female comedians, an all-female comedy troupe The Khawatoons, led by Karachi-based comedian Faiza Saleem, is set to send audiences into fits of laughter with their refreshing improv comedy. In Pakistan, comedy has always been a male-dominated profession says 25-year-old Saleem. While talking to The Express Tribune the female comedian says very few people take up comedy as a profession in the country, and even fewer of them are women. “I was surrounded by confident and witty girls whom I felt needed a platform to showcase their talent,” she shares.

A lack of female comedians inspired Saleem to launch her own group. After months of searching for women willing to take on the challenge, she is proud to give the country its first all-girls comedy troupe. After days of auditioning, Saleem chose seven aspiring comedians ranging from 17-year-old student to a bank’s branch manager. Overall, the group comprises of 10 girls, including a non-performer whose task is to facilitate work off-stage, a PR Manager and a lawyer to ensure things run smoothly. But what differentiates The Khawatoons from other comedy groups is its motley crew of comedians. “There are all kinds of girls in my troupe – dark, short, fat, single, engaged and married. We even have a yogi, a banker, a college student and a lawyer,” informs Saleem. In a society where women are often referred to by their labels, Saleem envisions breaking all stereotypes through comedy. “There is absolutely nothing in the world that women can’t do just as well as men,” she asserts. In fact, in order to let people know women are above all the labels given to them by society, The Khawatoons will wear uniforms on stage – a black shalwar kameez with an attached waistcoat bearing the troupe’s logo. Along with pursuing their current careers, these women claim they are firmly committed to comedy. “We were recently lectured by Faiza on not giving our 100% to the troupe,” quips Natalia Gul, a performer who is a dentist by profession. Adding to the discussion Rabiya Hamid, another performer who works in the advertising industry, says, “We are going to make sure we make everyone look good and nobody is overshadowed byanother’s performance.” It is important for them to perform as a “single entity” she emphasises.

Although currently the troupe has only recruited one female from a different locality, resting the ‘other side of the bridge’ debate, The Khawatoons is open to girls volunteering from around Karachi. “Once the shows start, we are open to people facilitating us in different ways or joining our cause. But performers will only go on stage after I have trained them five months prior to their first show,” says Saleem. Focusing on short-form improv at the moment, Saleem has been training the troupe herself. “I have read up on improv, watched a lot of shows and tried to brush up my own improv skills as best as I could,” she adds.

The Khawatoons is inspired by Who’s Line Is It Any way, a short-form British improvisational comedy show. Some of the troupe’s shows will also be theme-based, such as ‘For Fatty, With love’, portraying women in a different light, while at the same time highlighting social issues. Saleem has not only entered the industry to prove a point but has her mind set on improving things by ensuring her members are paid and bound by a contract so the troupe can attract serious and committed individuals. “Comedians in our country do not earn much, but I want to make sure my girls are well-paid,” informs Saleem. The Khawatoons is all set to perform on July 23 at The Thotspot, on Badar Commercial, with subsequent shows to be held at MAD School and PACC. “For now, we will perform on a bi-weekly or monthly basis,” says Saleem. “One of my plans is also to do an open-air show at a friend’s dhaaba on Khayban-e-Nishat. I am open to doing shows all across the country to reach as many people as possible.”

Life in Lyari: ‘If we were born in the West, we would have been stars’