Zeman has no power to call a refere­ndum, which would requir­e a consti­tution­al amendm­ent
By Reuters
Published: July 1, 2016
Tweet Email 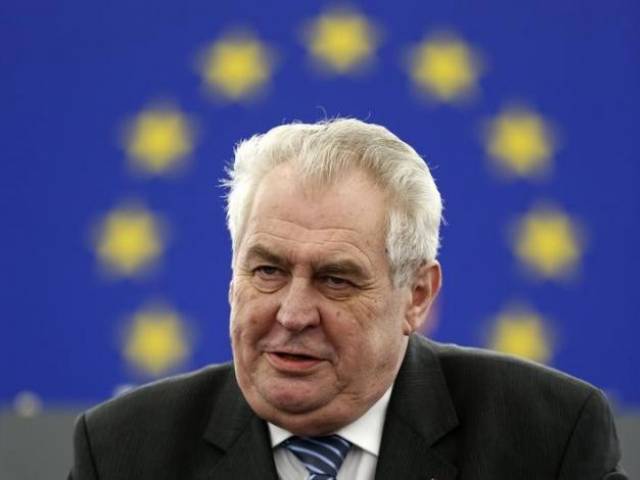 Czech President Milos Zeman has called for the Czech Republic to hold a referendum on its membership of the European Union and NATO following Britain’s shock vote to leave the EU.

Zeman, who said he would back the Czech Republic remaining in both organisations, has no power to call a referendum, which would require a constitutional amendment. But he is an influential leader in a country where many voters are skeptical about the EU, which the Czech Republic joined in 2004.

‘Brexit’ could mean disintegration of EU or UK, says economist

“I disagree with those who are for leaving the European Union,” Czech Radio quoted Zeman as saying at a meeting with citizens in the eastern Czech town of Velke Mezirici on Thursdayevening.

“But I will do everything for them to have a referendum and be able to express themselves. And the same goes for a NATO exit too,” the centre-left president added.