'Brexit' could mean disintegration of EU or UK, says economist

'Brexit' could mean disintegration of EU or UK, says economist

People should not expect a recess­ion or financ­ial crisis in the wake of the "Brexit" vote, says Roubin­i
By Reuters
Published: June 26, 2016
Tweet Email 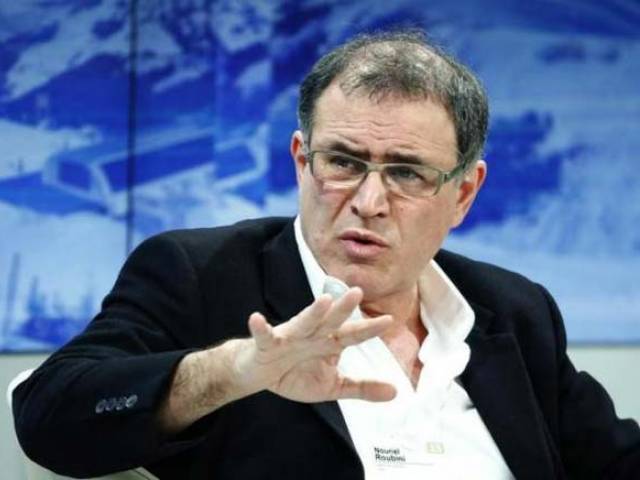 Nouriel Roubini, Professor of Economics and International Business of Leonard N Stern School of Business, gestures during the session 'India's Next Decade' in the Swiss mountain resort of Davos January 23, 2015.PHOTO: REUTERS

TIANJIN, CHINA: Britain’s decision to leave the European Union could be the beginning of the disintegration of the bloc of countries or the United Kingdom, said economist Nouriel Roubini on Sunday.

But people should not expect a recession or financial crisis in the wake of the “Brexit” vote, said Roubini, speaking at the World Economic Forum in China’s northern city of Tianjin.

British markets plunged on Friday, with sterling hitting a 31-year low in its biggest fall on record and UK stock futures pointing to a steep fall at the market open after Britons voted to leave the European Union.

The pound had hit a 2016 high above $1.50 after an earlier opinion poll showed an outcome in favor of ‘Remain’, but fell nearly 17 cents from that peak as area counts came in and TV stations said the Brexit camp had won the landmark referendum.

The British currency’s fall of almost 10 percent was also historic, marking a decline greater than anything seen since free-floating system of exchange rates was introduced in the early 1970s.

It was even bigger than on ‘Black Wednesday’ in 1992, when billionaire financier George Soros was instrumental in pushing the pound out of the Exchange Rate Mechanism.

London bankers working through the night said they hadn’t seen anything like the volatility sweeping across UK assets.

“It’s back to the future, we’re back to where we were in 1985,” said Nick Parsons, co-head of global currency strategy at NAB.