Brexit due to 'decades' of British blame: EU official

Brexit due to 'decades' of British blame: EU official

Malmst­roem said the Brexit was not linked to the contro­versy surrou­nding the propos­ed pact
By AFP
Published: June 30, 2016
Tweet Email 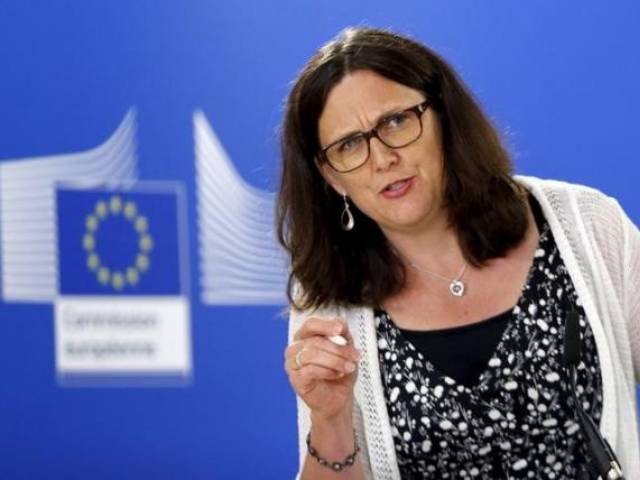 WASHINGTON, DC: Britain’s decision to quit the European Union stemmed from entrenched finger-pointing by British officials and had nothing to do with a proposed trans-Atlantic trade pact, an EU official said Wednesday.

“In the UK, if you have a situation for decades where the leading politicians blamed all the errors of the world on the EU, you can’t expect to love the EU in a two-week campaign nationally,” said Cecilia Malmstroem, the EU trade commissioner, who was visiting Washington.

“There’s also a need to reflect upon how they treat the European Union,” she added, remarking on the shock British referendum Thursday that supported a Brexit.

The EU trade chief was speaking to reporters after participating in an event sponsored by the Atlantic Council on the proposed US-EU Transatlantic Trade and Investment Partnership, which would create the world’s largest free trade and investment area.

Malmstroem said the Brexit was not linked to the controversy surrounding the proposed pact.

“Because of a lack of transparency of TTIP? No, I don’t think so, that would be a totally wrong conclusion,” she insisted.

Both sides have stressed a willingness to clinch the deal despite Britain’s looming exit.

At the Atlantic Council event, Malmstroem said that “the TTIP will survive the Brexit.”

“The rationale is even stronger now.”