Says cost of doing busine­ss for entrep­reneur­s should also come down
By Our Correspondent
Published: June 24, 2016
Tweet Email 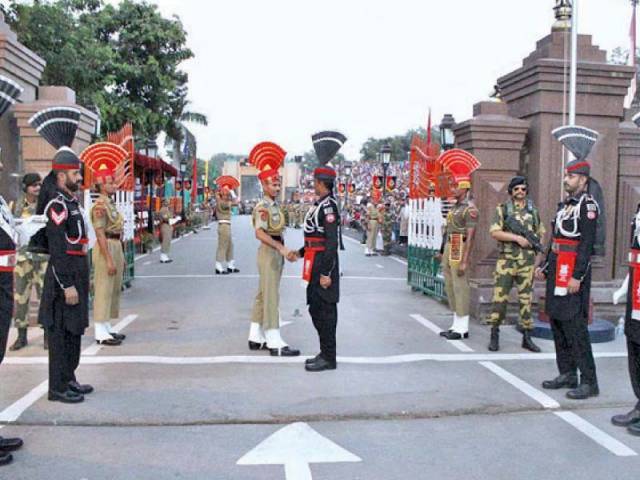 The high commissioner sought normalisation of bilateral relations and said that one way of facilitating this was to hold trade shows and exhibitions in neighbouring countries. PHOTO: FILE

ISLAMABAD: Indian High Commissioner in Pakistan Gautam Bambawale on Thursday said that the list of commodities that can be traded between the two countries through the Wagah border should be enhanced and the cost of doing business for entrepreneurs should be reduced.

The High Commissioner sought normalisation of bilateral relations and said that one way of facilitating this is to conduct trade shows and exhibitions in neighbouring countries.

In this regard, Bambawale shared his enthusiasm at hosting the “Alishan Pakistan 2016” exhibition in New Delhi in September and assured all out cooperation by Indian authorities.

He said that both countries should make it easier to conduct business. “Visa regulations should be liberalised, which will result in enhanced trade and will bring the people of the two countries closer,” he noted.

Trade between India and China amounted to $1 billion in 2000 but rose to $75 billion by 2015 despite differences, adding that India wants to expand trade with Pakistan in the same manner.

He said that governments and business community of Pakistan and India should strive to bring the two nations closer while some sustainable steps are required for building trust.

Muneer asked the Indian High Commissioner to ease issuance of visa for the traders and businessmen in order to bolster trade while Khalid Jaweed demanded import of plant and machinery through Wagah border as imports through Calcutta add to the cost of doing business.