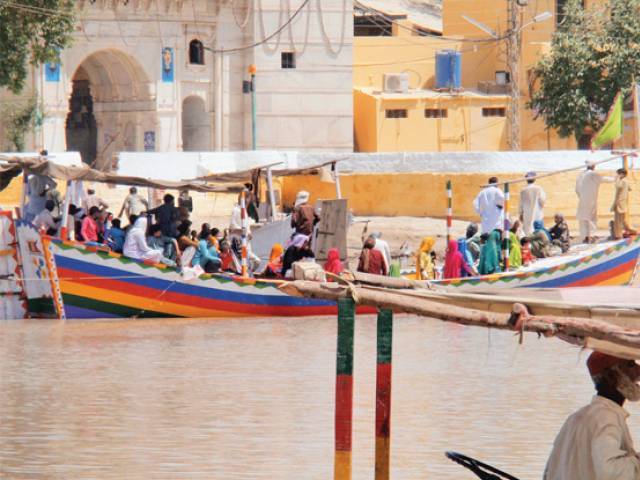 SUKKUR: Thousands of Hindu pilgrims converged at the Sadh Belo temple on Monday to pay homage to Baba Bankhandi Maharaj on his 153rd death anniversary. The three day celebration was inaugurated with the Hawan (Agni Pooja) and recitation of Geeta.

Sukkur Hindu Panchayat president Mukhi Eshwar Lal Makhija said besides observing religious customs during the three days, the devotees will be provided with food and water, free of charge. He added that the 11th disciple of Sadh Belo, Maharaj Gauri Shankar, has travelled from Mumbai to attend the celebrations

Makhija said that majority of the devotees belong to Sindh therefore, proper arrangements have been made for their stay at the temple. Since the temple is situated in the middle of River Indus, more than 20 motor-boats have been hired to pick and drop the devotees, he said. Policemen have been deployed at the temple to avert any untoward incident.