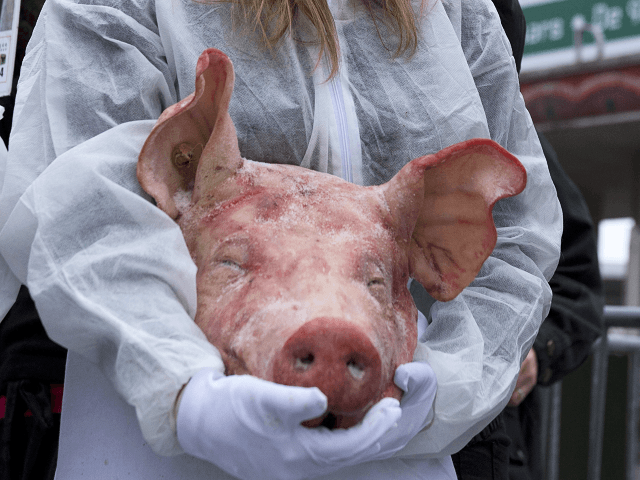 In a brazen show of anti-Islamic sentiments, unknown persons placed a pig’s head at the doorstep of a mosque in Quebec, found in the early hours of Sunday.

Adding insult to injury, the package also contained a note that said “Bon appétit.” A well-known restriction in the Islamic faith, the consumption of pork is prohibited in the Quran. The pig’s head was found by a regular at the Quebec City mosque around 2:30 am Sunday. (Radio-Canada)

The President of the Islamic Cultural Centre of Quebec City, the mosque where the incident took place, said the act was a waste of time and money as it was equipped with high definition cameras and authorities would easily identify those responsible.

“We love everyone. We have no problem with anyone and we respect people. We hope it’s mutual. And we are always here to give the image of the good Muslim to all Quebecers,” said the president of the centre, Mohamed Yangui.

Even though the mosque maintains good relations with the community, mosques in Quebec City are vandalised once every year.

“Any form of intolerance, hatred and unjustified incomprehension has to be condemned. We must continue to promote inclusion and integration,” he said.

Representatives of the four Quebec City mosques plan to meet soon to discuss the incident.

In November 2014, three mosques, including the one Yangui presides over, became the targets of xenophobic messages when a group plastered posters on their front doors that read “Islam hors de chez moi,” or in English, “Islam out of my country.”