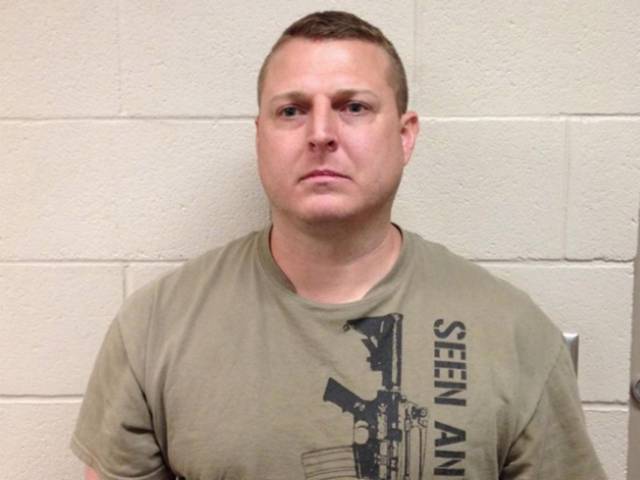 Langford is charged with ethnic intimidation, assault with a deadly weapon, going armed to the terror of the public, communicating threats, stalking and disorderly conduct, the sheriff's office said in a statement. PHOTO: Independent

NORTH CAROLINA: A North Carolina man faces ethnic intimidation charges after leaving bacon at a mosque and making death threats to its members as they prepared for worship in observance of Ramazaan, Islam’s holy month, authorities said on Friday.

Russell Thomas Langford of Fayetteville was arrested late on Thursday, the Hoke County Sheriff’s Office said. He is a major in the US Army Reserve, WTVD-TV in Raleigh said, quoting officials at Fort Bragg military base in North Carolina.

On Thursday afternoon, members of the Masjid Al Madina in Raeford found two packages of bacon at the mosque entrance, the sheriff’s office said.

Observant Muslims are prohibited from consuming pork products. Ramazan is Islam’s holy month, during which believers abstain from eating and drinking during daylight hours.

Langford is charged with ethnic intimidation, assault with a deadly weapon, going armed to the terror of the public, communicating threats, stalking and disorderly conduct, the sheriff’s office said in a statement.

Officials with the sheriff’s office and Fort Bragg military base could not be reached for comment on Friday.

“We have called for stepped-up police presence not only for that mosque but others in that state,” said Ibrahim Hooper, spokesman for the Council on American-Islamic Relations, a Muslim advocacy group.

“Every mosque all over the country has nightly Ramazan activities, so they’re vulnerable,” he said.

Muslim waitress assaulted in France ‘for serving alcohol’ during Ramazan

A Chevy Tahoe was in the parking lot when the bacon was found, and the driver of the Tahoe, later identified as Langford, followed one of the members home, the sheriff’s statement said.

The suspect returned in the evening, showed a gun to one of the members, a retired Army captain and Muslim chaplain at Fort Bragg, and threatened to kill him, according to a report by WRAL-TV in Raleigh, NC

The chaplain invited him inside to talk, but the man left, the report said. Later, the man returned in his SUV and tried to run over a group of people who were going inside the mosque for evening Ramazan prayers, the report said.

Investigators found firearms, ammunition and other weapons inside Langford’s vehicle, according to the sheriff’s statement.

Stung by criticism, Trump vows to work for ethnic harmony