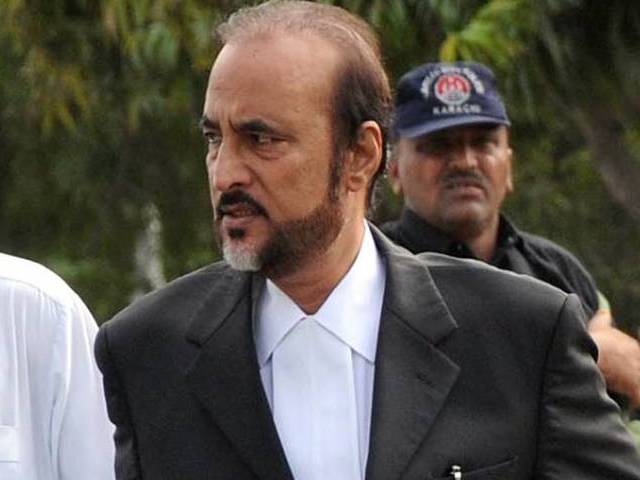 Awan submitted his power of attorney in the case to Islamabad additional district and sessions judge (East) Raja Khurram Ali Khan on Saturday. The court also rejected Khan’s legal team’s request to adjourn the case till after Eid and directed the PTI chief to submit his reply case by June 27.

Ali Mustafa Dar had filed a defamation suit against the PTI chief for making “false statements” against the Dar family with regards to Panama leaks on May 26. The petitioner has demanded Rs5 billion from Khan in damages as well as a public apology.

In the petition, Ali has maintained that the PTI chief “made false and libellous statements against the plaintiff, his brother [Mujtaba Hasnain Dar] and his family” during a press conference on April 10.

Khan alleged in the press conference that the two brothers owned two towers in UAE which were acquired through illegal means, the petition said and added that these statements are “utterly false and fabricated and present a distorted and fictitious account of the facts”.

Ali denied Imran’s claims as being false and part of a malicious campaign of vilification against himself and his father. “The plaintiff is engaged in a lawful business in UAE and Senator Muhammad Ishaq Dar has no shares or ownership in the HDS Group [Ali Dar’s real estate development firm in the UAE],” read the petition.

The petitioner maintained that in 2003, his father gifted and loaned money to his sons from his declared earnings, which they then used as seed money and working capital to start their business in the UAE. All these amounts have also been disclosed in Ishaq Dar’s annual tax returns and ECP filings, the petition said.

Regarding Imran’s reference to a house owned by Senator Dar in Emirates Hills, Dubai, the petitioner said the senator did purchase the house in 2005 with a down payment of AED900,300, but he gifted the house to his sons in May 2011 with the condition that they would also pay the remaining 22 instalments o the property. “Senator Ishaq Dar does not own the aforesaid property in the UAE,” it said.

“Despite the fact that all this information is available on record, the defendant wrongly and illegally referred to it for ulterior purposes and political victimisation of the plaintiff and his father,” reads the petition.

Ali Dar said in the petition that he also served a defamation notice to Khan on April 15 but received no reply from him.

He has prayed the court to direct the PTI chief to pay Rs5 billion as damages to the plaintiff on account of defamatory statements. He has also sought a public apology from Imran as well as legal fees.

The court will take up the case on June 27.