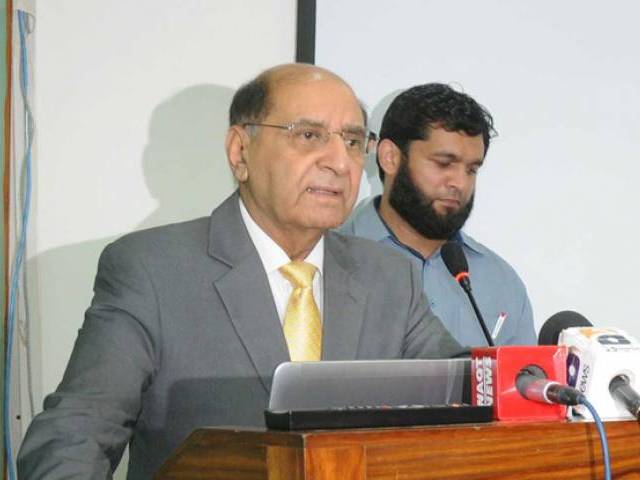 Chaudhry made the remarks while speaking at a press conference. He said over 90 per cent of the nation’s specialists and over 18,000 doctors were being trained by the CPSP.  In September, 2015, Chaudhry said, the CPSP had been declared the best institution in the world in the science, technology and medical education sectors. He said the CPSP was also a recipient of the 2015 Socrates Award.

Chaudhry said the CPSP had become the face of the nation the world over without any government assistance. “Trainee CPSP doctors across the world including Great Britain and Ireland have been earning plaudits for the nation due to their good performance standards,” he said. Chaudhry said an MoU concluded between the institution and Ireland’s HSE had been declared a model worth emulating by the World Health Organisation (WHO). He said interviews of CPSP trainees had been aired by renowned international media outlets.

“A CPSP degree is ranked among the world’s top seven,” the CPSP president said. He said the CPSP conducted examinations and training across 14 regional centres across Pakistan. Chaudhry said it also had international centres in Saudi Arabia and Nepal.

The CPSP president said Royal College of Surgeons in Ireland President Eilis McGovern had also termed the aforementioned MoU as an “exemplary” understanding that other developed nations ought to emulate to fill lacunae in the medical education sector. He said some 217 CPSP trainee doctors had been working across Ireland’s premier hospitals for a predetermined period of time over the last two years. Chaudhry said it would be binding on them to return to Pakistan and serve the nation after the duration of their postings elapsed. He said the CPSP was ensuring that the people of Pakistan had access to the foremost in the field through this. Chaudhry said this was being done while ensuring that the nation did not have to grapple with a brain drain. CPSP Senior Vice President Khalid Gondal, National Residency Programme Director Mahmood Ayaz, Professors Amir Zaman Khan and Muhammad Tayyab were also present on the occasion.