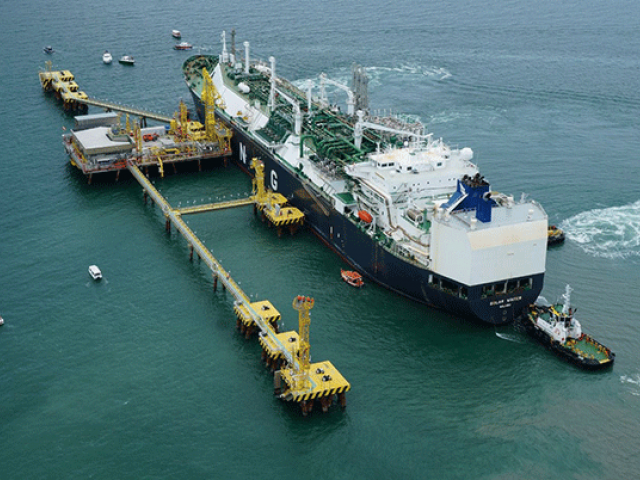 ISLAMABAD: Pakistan has clinched a gas pipeline deal at a lower price as China Petroleum Pipeline Bureau, a Chinese company, has revised the cost of laying the pipeline downwards to $1.3 billion after negotiations with the government in Islamabad.

According to an official, Pakistan and the Chinese company had initialed an agreement for building a liquefied natural gas (LNG) pipeline from Gwadar, but the company has now lowered the contract price to $1.3 billion compared to $1.5 billion quoted in the financial bid given to Inter-state Gas Systems.

Earlier, China had expressed concerns over the slow progress being made in awarding the contract for the LNG pipeline.

“The revised cost is even less than the cost at which gas utilities – Sui Northern Gas Pipelines and Sui Southern Gas Company – are augmenting their existing pipeline network to enhance the transmission capacity to 1.2 billion cubic feet per day,” the official said.

China Petroleum Pipeline Bureau, which was designated by the Chinese government, brought down the cost estimate for laying the pipeline as well as installation of compressors after holding talks with a negotiation committee constituted by the government of Pakistan.

According to the official, Pakistan will negotiate a loan agreement with the Export-Import Bank of China that has already made an offer in this regard.

He said the gas utilities were working on extending the pipeline network at a cost of $1.1 billion that amounted to $34 per inch metre, but the cost of building the Gwadar LNG pipeline was $32 per inch metre.

“The deal with China is priced lower than the cost being incurred by local gas companies on extending their network,” he said.

The Chinese company will also construct an LNG terminal at Gwadar Port on build-and-operate model and it will be able to handle 600 million cubic feet of LNG per day.

The government would negotiate with the Chinese company a tolling fee keeping in view the fee for the other two LNG terminals being built by Pakistan companies, he said.

Elengy Terminal Pakistan Limited, a subsidiary of Engro Corporation, is running the first LNG terminal at Port Qasim with a fee of 66 cents per million British thermal units (mmbtu).

For the second LNG terminal at the port, the contract is being awarded to Pakistan GasPort Limited that has offered a tolling fee of 41.77 cents per mmbtu.

The previous Pakistan Peoples Party-led government had imposed gas infrastructure development cess (GIDC) on gas consumers for laying these pipelines and so far Rs183 billion has been collected.

However, the current PML-N government has spent the entire collection on metro bus projects and nothing is left for implementing gas import projects.

For the Gwadar LNG pipeline and terminal project, China will provide 85% of financing whereas Pakistan will contribute the remaining 15%. This is an additional burden that gas consumers will be bearing in addition to paying billions of rupees in GIDC.