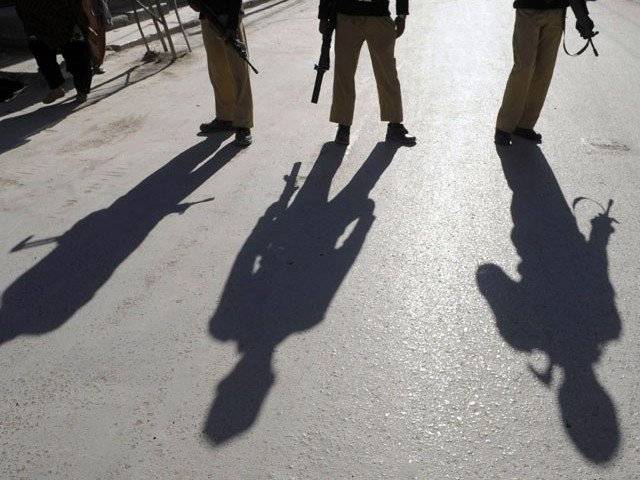 At least five officials have been arrested since May on similar charges. PHOTO: AFP

ISLAMABAD: An Islamabad Police official has been arrested and remanded for demanding bribes and extorting from a citizen. Shahid Muneer, an assistant sub inspector (ASI) at Kohsar Police Station, was booked and arrested on Wednesday for demanding Rs10,000 per month in extortion payments from Muhammad Aslam, who is under trial on a rape charge. Aslam complained to senior police officials and Muneer was caught red-handed. A judicial magistrate on Thursday sent him on 14-day judicial remand.

On June 5, the Margalla police arrested three police officials and an accomplice for extortion charges. Suspects Muhammad Nadeem, Aftab Ahmed, Jabar Hussain are police officials, while Adnan Sajjad is a Cabinet Division driver. They are all in Adiala Jail on judicial remand. They were arrested for extorting Rs50,000 from a man in Sector F-8.

Three of the suspects — Nadeem, Ahmed and Hussain — were also booked in another FIR, registered on June 11, for extorting Rs15,000 from a junior bureaucrat. The police said the bureaucrat was visiting Centaurus Mall with his fiancée when the suspects caught them and threatened to haul them off to the police station if they did not pay Rs15,000 on the spot.

A police official told The Express Tribune that one of the suspects was posted at Parliament Lodges and the other at the diplomatic security wing. “After their shifts ended, they would roam the streets and loot innocent people,” the official said. He said the suspects mostly pressurised young couples in markets or parks and would extort money from them. The suspects have already confessed, the official added.

Across The Country: Govt keen to tap mineral potential