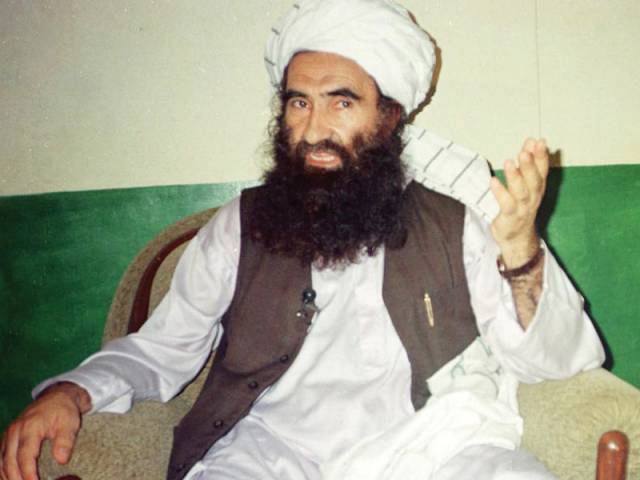 ISLAMABAD: The deputy chief of the Afghan Taliban has said that the insurgent group is open to negotiations if held according to the Islamic Sharia.

“The Islamic Emirate [of Afghanistan] is not opposed to talks if they are held in line with Sharia and if the international community agrees to this,” Sirajuddin Haqqani, the No. 2 in the Taliban hierarchy, said in a rare audio message.

Sirajuddin, the kingpin of the deadly Haqqani network, was appointed deputy of Maulvi Haibatullah Akhunzada after Taliban chief Mullah Akhtar Mansoor was killed in a US drone strike in Naushki district of Balochistan on May 21. Sirajuddin was also deputy to Mansoor.

The Taliban released the 45-minute audio with a brief statement that says Sirajuddin has talked about important issues. A copy of the audio is available to The Express Tribune.

Sirajuddin was speaking at a recent gathering of Taliban writers and members of the group’s media section and was replying to a question about the impression that the Taliban only believe in war and are not amenable to political dialogue.

“Our Political Commission deals with the issue of negotiations. If we were opposed to talks, we would have not formed this commission,” he added. “This was a consensus decision of the Taliban leadership.”

Sirajuddin’s statement came at a time when diplomatic efforts for revival of peace talks have been scuttled by the Naushki drone strike. The Taliban deputy chief, however, rejected calls for entering into dialogue with the ‘powerless Kabul administration’.

“The international community has imposed a puppet administration on the people of Afghanistan. They are now asking and even forcing us to join it. We cannot accept this demand. The Kabul administration has no power as it cannot implement any decision,” he said.

Asked about the new American policy to expand its drone campaign in Afghanistan to target Taliban leaders, Sirajuddin said this policy would fail the way all US strategies failed over the past 14 years. “This will not dent the morale of our Mujahideen. Our organisation and our programmes have become stronger.”

Asked about the status of Haqqani network, he said the Haqqanis were not a separate entity but a part of the Taliban. “We are not a separate group. We have never said this. It is the enemy who thinks we are separate. We have repeatedly said the Islamic Emirate is one,” he argued.

A Taliban official said the message underlined the important role of Sirajuddin within the Taliban and the fact that the insurgent group has almost completed transition of power in a few weeks.

“The Islamic Emirate thought it is appropriate time to release the audio as the US has mounted pressure and the Taliban have also stepped up their operations,” he said.