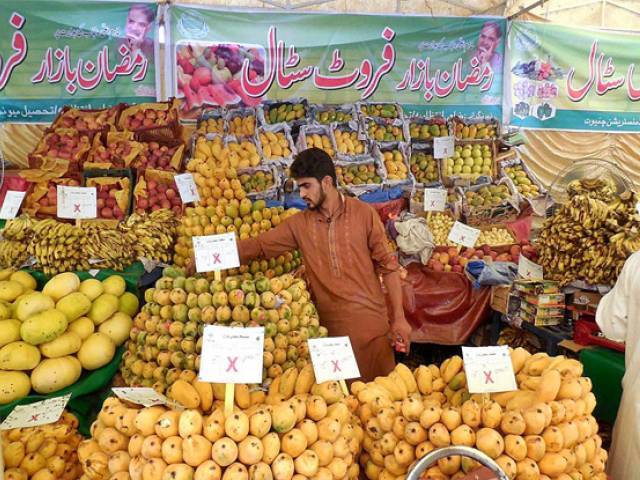 Prices of most vegetables, fruits remain stable at the markets. PHOTO: APP

LAHORE: A number of shoppers said on Sunday they were not satisfied with the quality of essential commodities, including fruits and vegetables, at Ramazan Bazaars.

Speaking to The Express Tribune, they said most vendors were selling substandard commodities right under the nose of the administration. They said it seemed that the government had been focusing on publicity only. Muhammad Shahzad and Kamran, two shoppers at Ramazan Bazaar at Model Town Link Road, said the quality of melons was poor. They said there was also no difference in the prices at the bazaar and open market.

Imran, another shopper, said that lemons were earlier not available at the bazaars. “The government has now ensured their availability but it has been unable to control their prices.” He said market committee officials were involved in fleecing consumers. He said the government had fixed the price of lemons at Rs174 a kilogramme but they sold for Rs180 a kilogramme at the bazaar. Naheed Bibi said she had visited Township and Model Town bazaars but could not find good quality date palm. She said dates sold at Ramazan Bazaars were of low quality and their price was not less than the open market. According to the official price list issued by market committee, prices of most fruit and vegetables were stable at Ramazan Bazaars on Sunday.

Christians protest ‘against harassment by police’