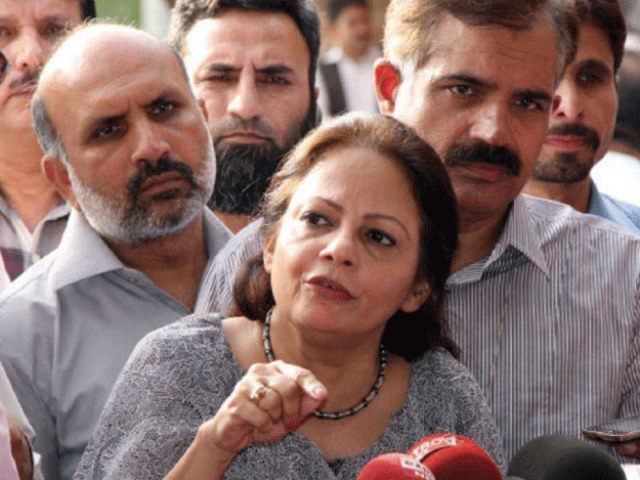 LAHORE: Members of the Opposition benches in the Provincial Assembly are preparing for an aggressive response to the annual budget of the Punjab due to be presented in the House by Finance Minister Ayesha Ghaus Pasha on Monday (today). During her maiden speech as finance minister last year, Pasha met strong resistance from the Opposition benches, with members heckling throughout her presentation.

Members of the Opposition believe that this year, the finance minister will regurgitate policies presented in the previous budget. They say that their response will be the same as last year. Some lawmakers had expressed reservations over the government’s priorities during a pre-budget debate in April. The government had defended its stance, saying its priorities were in line with the needs of the people. The finance minister had identified social sector, which includes access to health facilities, safe drinking water, sewerage facilities and education, as the top priority.

She had also committed to addressing problems in the agriculture, saying the government was formulating a procurement policy and providing subsidies. She had also announced that one fourth of the budget would be allocated to education. Leader of Opposition in the Provincial Assembly Mian Mehmoodur Rasheed said the government had misplaced priorities. Talking to The Tribune, Rasheed said that the opposition had conveyed its recommendations during the pre-budget debate and through a letter last week.

He said late on Friday, the opposition had also presented a shadow budget to the tune of Rs1.35 trillion, in which education and health were given the highest allocations.

He said the shadow budget had sought increment of minimum wage to Rs20, 000. It had also sought a 20 per cent raise in pensions and salaries of government employees.

Rasheed said the opposition had exercised patience and shown restraint over the last few months, especially during the chief minister address to the House in the last session.

He said the opposition had allowed him to speak uninterrupted. “Our intention was to allow them to address the issues we had raised,” he said, adding that that did not happen. He said a meeting of opposition parties had been called on Monday before the budget session. He said the parties would decide on a collective strategy for the budget session in the meeting. “We will give the government a tough time if our issues are not addressed.”

Pakistan Peoples Party’s Qazi Ahmad Saeed said, “All of the budgets [announced by this government] have victimised farmers and destroyed the agriculture sector.”

“What is the point of listening and being part of an activity when it fails to help the people?” said Pakistan Muslim League-Quaid (PML-Q) leader Sardar Vickas Hassan Mokal. He said the government had already indicated that their recommendations had not been entertained in the budget.

“Strong protest should be expected in the House during the speech,” he said.